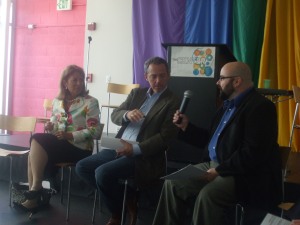 Perhaps more of our congressional representatives would be willing to do what Congresswoman Jackie Speier did for the LGBT community today.  The Congresswoman, a Democrat from California’s 12th district called a meeting today of the LGBT leadership in San Francisco. With not much notice a core group of leaders, activists and community turned out at the SFLGBT Center. There was no pomp and ceremony, just cookies and lemonade and a very keen group of people.

Notwithstanding a fledgling in this 111th Congress, Rep. Speier’s unconditional championship of LGBT equality can never be doubted.  Her availability and quick to respond dedication is something that her constituents are so grateful for, evidenced so clearly when she participated in pulling off a miracle for Shirley Tan and family. 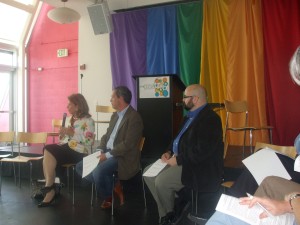 Today at the meeting, the Congresswoman further endorsed her support with her commitment in response to a question that has been haunting me since June 4, 2009.  I asked what she thought about UAFA as a stand-alone Bill, if it was still possible for it to gain passage and how UAFA ‘s incorporation into Comprehensive Immigration Reform would serve us – specifically “ would it shoot us in the toes?”   She made two important points in her response:

With the caveat that she had only 16 months in the Congress, she believed that a named fellow congressional member would have a good take on the question. I expressed my concern that there were advocacy efforts in D.C. that may not represent this viewpoint and that I wondered what the consensus amongst her cosponsors might be; and then applause when without reserve our champ asserted a commitment to confer with her congressional allies on UAFA to see what they thought. She promised she would get back to us. 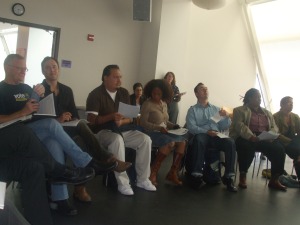 The balance of the meeting involved brief discussion about an Equality Rights Amendment to the Civil Rights Act as a catchall and then some time was spent answering healthcare reform questions. What I found interesting was the Congresswoman’s assertion that the Democrat messaging had been poor and that contributed to the misinformation and messy town hall meetings.  She explained how people simply did not understand what they could get out of the reform that was favorable. She also noted by a show of hands that the majority in the room were currently employed and receiving health insurance from their employers.  She said those (the majority) in the room were most at risk as there insurance could easily go away, if suddenly unemployed.  She also stressed how Medicare would run dry in 2017.

Many of the attendees thanked the Rep. Speier for caring and doing so much. She did express that she believed that President Obama was being somewhat timid on LGBT issues and promises, but she assured us that she had confidence he would get to our issues and that progress had been made.  She also explained how burdened the President had been with a massive amount of urgent tasks when he first came into office and that he had taken on a lot for his first year. 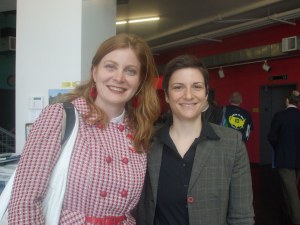 So now I look forward to the response regarding UAFA.  I will report back then if not before…..
Melanie Nathan.
Oblogdeeoblogda