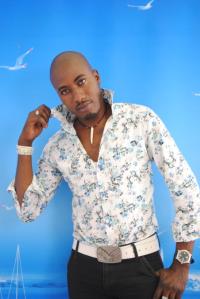 For the first time black Africans will participate in the Mr. Gay World contest being held in Johannesburg, South Africa, sending a  powerful message of hope to LGBTI people in Africa and the rest of the World.

The delegates representing Africa are Robel Gizaw Hailu from Ethiopia, Wendelinus Hamutenya from Namibia, Taurai Zhanje from Zimbabwe where homosexuality is outlawed and Lance Weyer from South Africa where LGBTI people enjoy full equality under the law despite rampant homophobia amongst many citizens.

Homosexuality is illegal in 38 African countries, with Mauritania, Sudan, and Northern Nigeria allowing for the death penalty.

Coenie Kukkuk , the organizer of Mr. Gay South Africa notes: “It’s significant that an Ethiopian delegate is participating. The capital city Addis Ababa is the seat of the African Union, so it sends a strong political message”.

He added that other African delegates might be considered for the contest too.

“Only those countries that have national competitions which are licensed to Mr Gay World are invited to participate. Due to space and logistics there is a quota for every continent and the four spaces allocated to Africa are now filled,” explained Kukkuk.

“However, should any other continent not fill its quota then applications for extra delegates will be considered.”

In December last year, shortly after he was crowned the first-ever Mr. Gay Namibia, Hamutenya was assaulted by men who demanded his winnings. There were fears at the time that the incident could hamper efforts by Mr. Gay World to secure more African delegates.

Earlier that year local group LGBTI Namibia declined to endorse the Mr. Gay Namibia contest, in part due to fears of a backlash against gays and lesbians in the country.

The 2012 Mr. Gay World competition will be held in Johannesburg from 4 to 8 April. Mr. Gay World describes its mission as being “to advance national and international gay rights through education and public performance”.