You are here: Home » Homophobia | Navi Pillay vs Patekile Holomisa 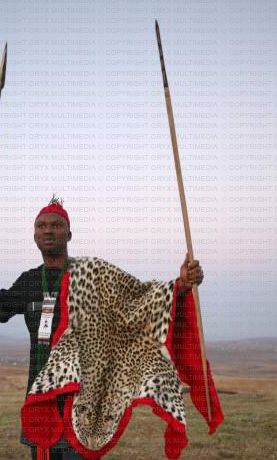 South Africa emerged from the Apartheid era with a “never again” zest; but now that fervor is being tested with members of the South African Parliament, who took oaths to uphold the Constitution, questioning its integrity.

The very idea that entrenched rights come up for review or are subject to a discussion that could possibly, albeit remotely, result in the subtraction of rights, is not only ludicrous but flies in the face of the ideal of protection.

So when people like ANC representative and  MP Nkosi Patekile Holomisa express support to remove a protected class, (see earlier Article at  http://oblogdeeoblogda.wordpress.com/2012/05/07/nkosi-patekile-holomisa-not-fit-to-serve-the-south-african-constitution/) he ought to fall under job review scrutiny for each and every title, position and office that he holds:-

While Patekile Holomisa’s birthright as a tribal Chief  can never alter, his proclaimed bigotry certainly does not serve the brotherhood of Counsel as an Advocate to the Supreme Court of South Africa, nor as an  MP for the ANC, the ruling party, and certainly not as the chairman of the joint Constitutional Review Committee, the latter which comes into direct clash with his position as Chairman of the Congress of Traditional Leaders of South Africa (CONTRALESA).

This comment by Holomisa followed a submission by the House of Traditional Leaders to Parliament’s Constitutional Review Committee, proposing the removal of the constitutional provision protecting individuals from being discriminated against on the basis of their sexual orientation.

“the ANC knows that the ‘great majority’ of South Africans do not want to promote or protect the rights of gays and lesbians.”

I saw the Video (below)  that was released by UN High Commissioner for Human Rights Navi Pillay talking about the human cost of homophobia and transphobia. ” Around the world, people are arrested, attacked, tortured and killed, just for being in a loving relationship. We cannot let these abuses stand”.  I thought it would be good to post it here in the context of the topic of Holomisa’s desire to “unprotect”  this class of persons in South Africa.

Surely this illustrates that the absurd and outrageous comments of Chief  Holomisa have no place in our world. South Africans have an opportunity to take the lead on this issue, not to roll back to draconian pre-apartheid oppression of any one class of persons!

It is my thought that South African Constitutional Rights Attorneys should consider bringing an injunction or interdict to the Courts to stop this conflict of interests: – Can a person holding  a certain office which is charged with upholding the Constitution sit on another Committee that questions that Constitution or the rights entrenched therein?