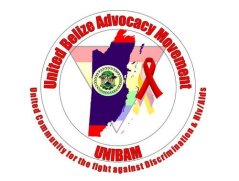 The nation of Belize, bordered by Mexico and Guatemala, is the last country in Central America where homosexual acts are still illegal and punishable by long prison terms.  But that could change for Belize and set an important precedent for the rest of the Caribbean Commonwealth.

Starting Tuesday, May 7th, Belize’s Supreme Court will hear a challenge to the country’s sodomy law which not only outlaws homosexuality but treats it as if it was the same thing as bestiality.

Section 53 of Belize Criminal Code Section 53 states that “every person who has carnal intercourse against the order of nature with any person or animal shall be liable to imprisonment for ten years.”

The battle lines are drawn between Caleb Orosco, a human rights activist,  the claimant in the case and various organizations against  the government of Belize, along with a consortium of Christian Churches.

The United Belize Advocacy Movement (UBIBAM), along with three international human rights organizations (Commonwealth Lawyers Association, Human Dignity Trust and the International Society of Jurists), claim that the Belize sodomy law is “incompatible with the rule of law and with respect for international law and international obligations enshrined in the Belize Constitution.”

Belize Constitution: “affirm that the Nation of Belize shall be founded upon principles which acknowledge the supremacy of God, faith in human rights and fundamental freedoms, the position of the family in a society of free men and free institutions, the dignity of the human person and equal and inalienable rights with which all members of the human family are endowed by their Creator” 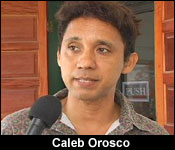 I saw Orosco,  this winter at the Creating Change Conference in Atlanta, where he presented on a panel at the “Defending Family Values: U.S. Religious Right is Inciting Homophobia Across The Globe,” a session where he noted the overwhelming impact of the Christian churches, saying how sometimes he felt there were “more foreign missionaries in Belize than there are residents.”  Belize has a population of roughly three hundred thousand.

However that conference was before the Queen of England signed the new Commonwealth Charter, with the thinly veiled reference to equal rights for all.  But despite the Queen’s input, and despite the separation of church and state as declared in their constitution, the Belizean government is defending this old remnant from British Colonial law.

The case was originally scheduled for July 18, 2011. Now finally being heard, it has been a long road for Orosco and the proponents of decriminalization in Belize.

The case has drawn so much attention that it has now been moved to the Chief Justice’s court.  The international organizations have retained such luminaries as Godfrey Smith (former Attorney-General and Minister of Foreign Affairs of Belize) and Lord Peter Goldsmith (former Attorney General for England and Wales and Northern Ireland). 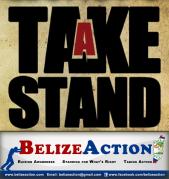 Along with the Belize government, opposition is headed by the Belize Action network which includes local Catholic, Anglican, and Evangelical churches.  They claim the case is a Western import to push the ‘Gay Agenda‘ and to recruit and “homosexualize” their children.  Sound familiar?

Even while President Obama met with the heads of the Central American States, including the Prime Minister of Belize, this past Friday, where he presented the need for the region’s governments to create safer streets, strengthen the rule of law, and protect human rights across Central America, Belize was standing its ground as the last country in Central America condoning bigotry.

We will be watching press coverage and the Twitter hashtag #UNIBAM from the trial starting Tuesday with heightened interest because colonial British penal codes outlawing homosexuality are vestiges of history we can all do without.