SAY NYET! TO THE LAWS FORBIDDING PRIDE IN RUSSIA.
Join the March from anywhere in the world #virtualpride 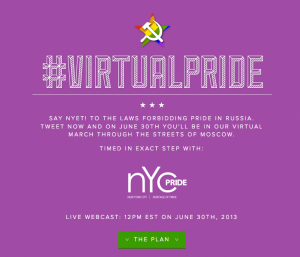 OBLOGDEE has posted about the current wave of extremist homophobia in Russia resulting in anti-gays laws such as the so called  ‘promotion’ laws  and the bill to ban adoption of Russian children by countries that have legalized marriage equality.   We have written on how Moscow has banned Gay Pride for 100 years.  And we have also posted about the NYC RUSA LGBT group who is marching in NYC Pride this Sunday calling for a boycott of the 2014 Olympics in Sochi, Russia.

Well now we want to tell you about how the RUSA LGBT folks have teamed up the awesome virtualpride.org so that all of us, Worldwide, can march virtually, in solidarity, with LGBT Russians, who have been banned from marching for 100 years in Moscow.

By tweeting #virtualpride you will become one of the virtual Pride marchers on the streets of Moscow.  They will be geolocating every step of the NYC Pride March with a step on the virtual route in Moscow, all in real-time!  A big win for technology and the fight against homophobia. 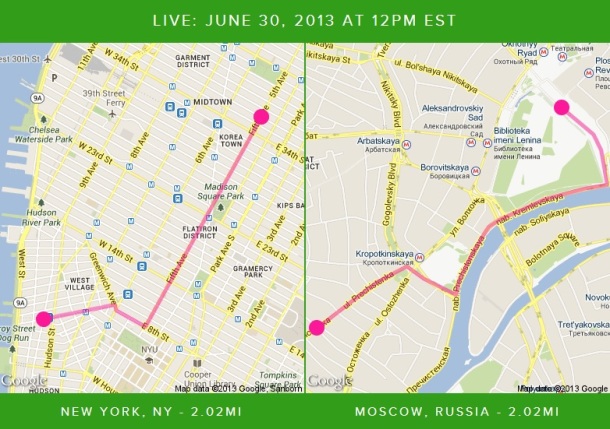 So go visit http://www.virtualpride.org/ now to learn all about it and click their Tweet Now! button to add yourself to the virtual Pride march.  And spread the news!

The live webcast will be 12PM EST JUNE 30TH, 2013.  So let’s virtually fill those streets in Moscow! 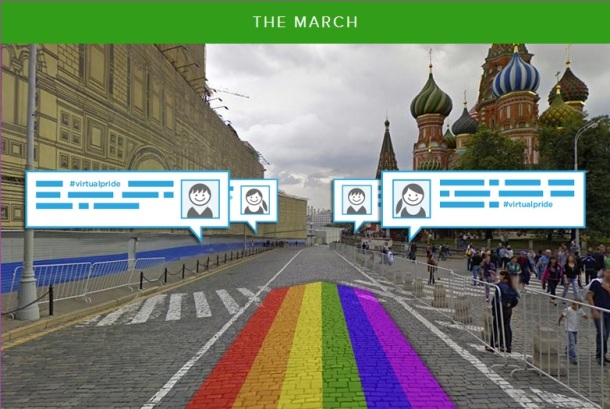 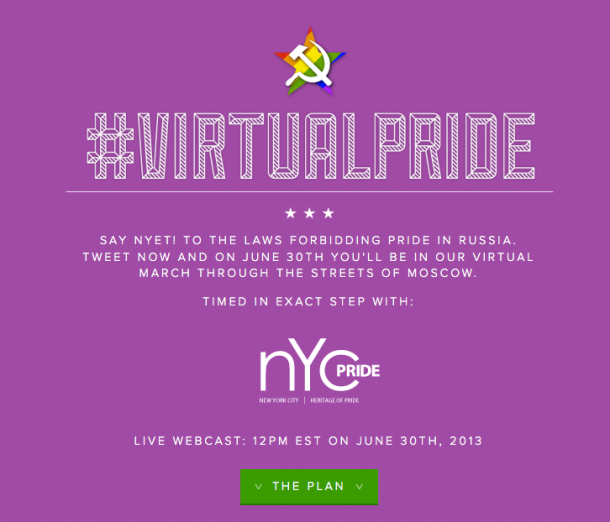