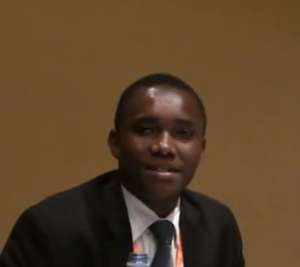 The potential landmark case of Jjuuko Adrian v. Attorney General Constitutional Petition No.1 of 2009,  has yet to receive a ruling, which could have been handed down as early September last year. Advocates had heard back from the registrar earlier this year apologizing for delays and promising a resolution in this case that has been lingering since 2009. But there has been none and the delay is causing consternation.

Jjuuko, a Ugandan human rights lawyer and activist, who believes in equality for all, works with Human Rights Awareness and Promotion Forum (HRAPF) on behalf of other minority groups, was seeking court orders to quash Section 15 (6) (d) of the Equal Opportunities Commission Act that he says infringes on their rights from not getting redress from the Commission.  If the case receives a positive ruling,  the rights of marginalized groups in Uganda would be hugely impacted.

The Human Rights Awareness and Promotion Forum (HRAPF) and its executive director, Adrian Jjuuko, are trying to overturn this section because it prevents Uganda’s Equal Opportunities Commission from investigating discrimination against people whom cultural majorities in Uganda consider “immoral or socially unacceptable.”

As the HRAPF states:

“This simply defeats the whole purpose of the commission, which is to ‘eliminate discrimination and inequalities against any individual … and take affirmative action in favour of groups marginalised on the basis of sex, gender, age, disability or any other reason created by history, tradition or custom for the purpose of redressing imbalances which exist against them.’ “

Pepe Julian Onziema, an advocate for Sexual Minorities in Uganda, (SMUG) was among the petitioners who tried to deliver statements petitioning for a judgment. However the court registrar,  John Ochepa Arutu, declined to receive the petitioners’ statement.

“According to Mr Edward Mwebaza, an advocacy officer with Human Rights Awareness and Promotion Forum, said the statement was declined because “it would set a bad precedent for other pending cases”.  Mwebaza, apparently, left the statement with the secretary.”