Ask IOL to move the Olympics from Sochi.

U.S. President Barack Obama today criticized a new Russian law cracking down on gay rights activism, saying he has “no patience for countries that try to treat gays and lesbians and transgender persons in ways that intimidate them or are harmful to them.”

Russia has said it will enforce the law when it hosts the 2014 Winter Olympics. Asked whether the law would impact the games, Obama said he believes Putin and Russia have “a big stake in making sure the Olympics work.”

“I think they understand that for most of the countries that participate in the Olympics, we wouldn’t tolerate gays and lesbians being treated differently,” he said.

This is why I believe as LGBT activists we must call for a full boycott of Russia’s SOCHI Olympic Games and ask our LGBT organization Human Rights Campaign to stand up for the ultimate instead of pussy footing around asking for special protections. As the president says the stakes are high and we must insist on a rescission of the horrendous laws or removal of the games from SOCHI. This statement by President Obama provides the impetus to LGBT groups worldwide to call for a rescission of the anti-gay laws or for IOL to remove the Olympic Games from Sochi.

Making the case for full boycotts including SOCHI read….

“Russia Spills Gay Blood We Spill Russian Vodka” read my sign today, as I joined my fellow activists from Gays Without Borders, when we poured Russian vodka onto San Francisco’s street outside City Hall and called on Mayor Ed Lee to support a City boycott of all things Russian until anti-gay laws in Russia are rescinded. 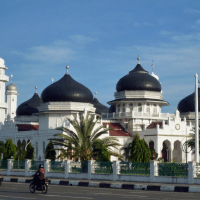