You are here: Home » An Open Letter to President Museveni from Persecuted LGBT Ugandans in Exile 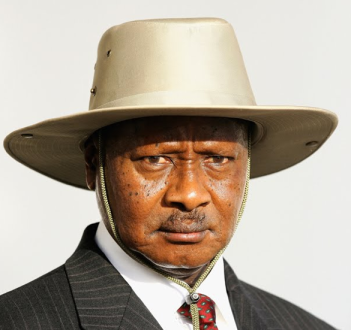 After forming an international alliance, a group of LGBT (Kuchu) Ugandans, persecuted for their sexuality in Uganda and now living in exile, have sent this open letter to Uganda’s President Museveni. The letter follows last months controversial passage of the Anti-Homosexuality Bill by the Parliament of Uganda.  The Bill passed in secrecy, as it had not appeared on the Order Papers, as is the usual protocol of the Parliament. It also may have passed without the requisite quorum. Although the bill no longer includes the death penalty, it does provide for life imprisonment. It also makes failure to report a known homosexual a crime punishable by 4 years in prison. (The latter may have been removed – waiting to confirm.)

The Ugandan president has thirty days to either sign assent to the Bill or to return it to the Parliament.  Parliament can then pass the bill on a two third majority, where after the President’s signature is not required and he will have no right of veto.

We are Ugandans in the Diaspora. At the hands of state officials, faith leaders, and family members we have been abused, ostracized, and dehumanized. As a result, we have been forced to flee our country in search for refuge. We are writing to tell you our story so that our concerns will be considered.

Although we find ourselves exiled, we remain connected to our country. Our heritage is undeniably Ugandan. The struggles and triumph of our nation form an unquestionable fabric of who we are. Regrettably, lesbian, gay, bisexual, transgender, and intersex persons in Uganda are denied the freedom to enjoy the peace of the country.

In the wake of Parliament’s passage of the Anti-Homosexuality Bill, we have found our collective voice to request your intervention in upholding the values championed by your leadership. The story of our country is that of liberation from the tyranny of past leadership. We believe in the principles of peace and liberation as espoused by the National Resistance Movement. This year, as we look back on the 28 years of your leadership, we still believe in a Uganda where all citizens have freedom to exercise their inherent right to peaceful existence.

Mr. President, as you decide on the Anti-Homosexuality Bill, we ask that you reflect on your words that we should not be “killed” or “persecuted.” As Ugandans await your decision on this bill, we ask that you consider this legislation a matter of public policy. Demonizing an already marginalized group of people creates an environment of fear which prevents them from seeking health services. Any law that criminalizes the existence of a particular group of people will restrain progress.

We hope that you will champion the same progress that once made Uganda a model in fighting AIDS.

Although the death penalty clause was eliminated from the bill, criminalizing innocent Ugandans and silencing those who address human rights violations will lead to escalated violence, discrimination, and blackmail against members of our community. If made law, the bill—as with all legislation that is not based on informed research—could become an instrument of torture to all Ugandans who differ in belief and opinion. The effects of signing a bill that threatens the lives of innocent citizens may be impossible to reverse.

We call for meaningful dialogue on issues that divide Ugandans. We ask for informed research as opposed to irrational reaction to issues of human sexuality. Social change in Uganda will not be achieved through violent means but through sustained dialogue and respect for the humanity of all Ugandans.

May God grant you continued wisdom and counsel. We wish you and your family a fruitful 2014.

← How can I think PINK when you exclude the Lesbians?
The Text of Uganda Anti-Homosexuality Bill as Passed →