Asking to speak to the Ambassador…

Right now the Kuchu Diaspora Alliance, KDA, is holding a protest at the Ugandan Embassy in Washington, D.C. They are asking President Museveni and Uganda lawmakers to withdraw the Anti-Homosexuality Bill (AHB) passed by the Parliament December 20th of last year — in its entirety. They have asked to speak with the Ambassador.

The protest was organized and sponsored by activists from the KDA, a community of Ugandan LGBTQ people in the Diaspora.

TELL President Museveni to keep his promise that “gays should not be persecuted or killed.” 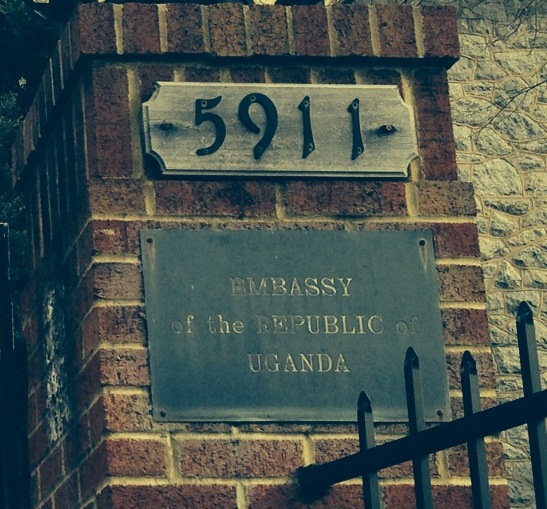 We will post any updates, comments from talking with the Ambassador and any new photos as they come in!

Also, next Monday Feb. 10 has been called a Global Day of Action by activists in Uganda. The Facebook Event is here. There are many different ideas for participation from protests, to letters, to Twitter, to:

Wear a T-shirt with a message of solidarity for the LGBTI community in Uganda. Tweet your pic at us with #Love4UgandanLGBTI #StopAHB

Please go to their Facebook Event, RSVP Yes, and take part in some or many of their suggested ways!