This morning, four young Ugandan urban refugees were eating breakfast in the privacy of their rental premises in Kenya, when a mob entered the gate and started banging on their door and window screaming anti-gay slurs. After calling for help, the young refugees were then detained by police.

In the words of one of the young men, who estimated the mob at about 100, this is what occurred:

“At around 10am a mob entered our gate and started banging both the door and window.  They seriously wanted to break into the house. We called almost everyone for help and among them was UNHCR, activists, HIAS and our landlord.  After some time the police came with HIAS and we were evacuated. We were taken to police were we got grilled for some hours because the mob accused us of being gay.

The police are so homophobic that we hard had such a hard time. We are now in the transit center waiting for UNHCR tomorrow morning and not sure what will happen but police warned HIAS that we will die if we go back to the community. The other 3 guys are mandated and have finished all their interviews with America, but I am waiting after my interview and badly need help at this point.”

After Uganda passed the now defunct Anti-Homosexuality Act, several hundred LGBT people crossed over into Kenya, to seek refuge from persecution and discrimination.

Kenya also has anti-gay laws and so they registered as refugees. Some are mandated for resettlement by UNHCR and many still await eligibility interviews.

This attack could be attributed to several factors:

I spoke to one of the detained refugees, who expressed his fear, noting that going back to the rental is too dangerous and there is no money available to rent a new residence.

He told me that the police had searched his laptop and he felt humiliated and afraid when they found LGBT information.

They also found our African HRC report written  in support of the refugee’s UNHCR case. Such is private between UNHCR and the refugee and accessing it by police is unwarranted and an invasion of privacy.  Now the young refugee fears the information will be used to blackmail him, as he says he does not trust the Kenyan police.

He also expressed trepidation in going to Kakuma Camp, which is where the Kenyan government has ordered all refugees to go, as LGBTI people are subject to further attacks by the straight refugee population in the camp.

The only hope is that UNHCR will find a way to truly protect LGBTI refugees caught in this quagmire of intolerance and hate. It is imperative that UNHCR find a way to expedite these cases.  Indeed LGBTI refugees should be given special attention, due to the security failures, the intolerance of the Kenyan government and populace, and the fact that unlike heterosexual refugees, they have no respite from the persecution, even as refugees in the context of UNHCR protection. 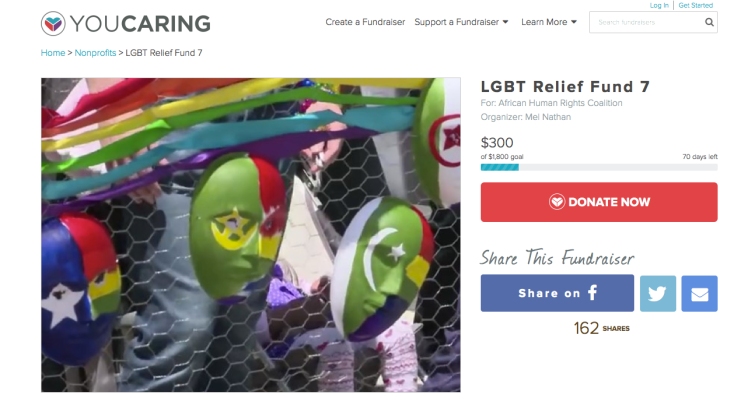