In the traditionally macho sport of rugby, the World Cup will break new ground this weekend, when for the first time it will be refereed by an openly gay man. While we look forward to the day when homosexuality is so acceptable that sexuality warrants no mention,  and as we aim in that direction, we cannot fail to note this historic moment.

A 44-year-old Welshman, Nigel Owens,  has been chosen to referee a World Cup  game between Australia and New Zealand in England on Saturday. Owens came out as gay in 2007.

In an interview last year with Wales Online, republished this week, he said that coming out was not an easy decision to make at the time.

According to the official Rugby World Cup website, Owens was selected to referee the final because of his “experience and his consistency over many years, as well as his excellent form during the build-up to and during RWC 2015.”

After being notified of his appointment, Owens commented: “This is a huge honor and a privilege for me. I am humbled to have been chosen to referee the Rugby World Cup final. 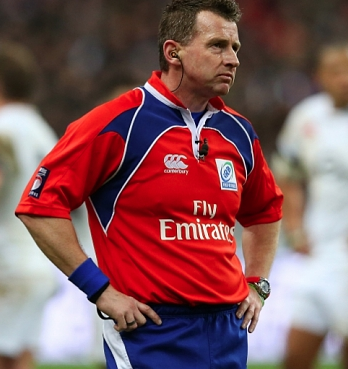