After the ‪#‎PlannedParenthood‬ shootings, several members of Congress sent a letter to Speaker Paul Ryan calling on him to disband the Republicans’ Select Committee to Attack Women’s Health.

Democrats are contending that the recent Planned Parenthood shooting in Colorado Springs,  resulting in three murders, including a law enforcement officer, can be attributed to the violence inciting rhetoric which seems to be part of the Republican Party platform. 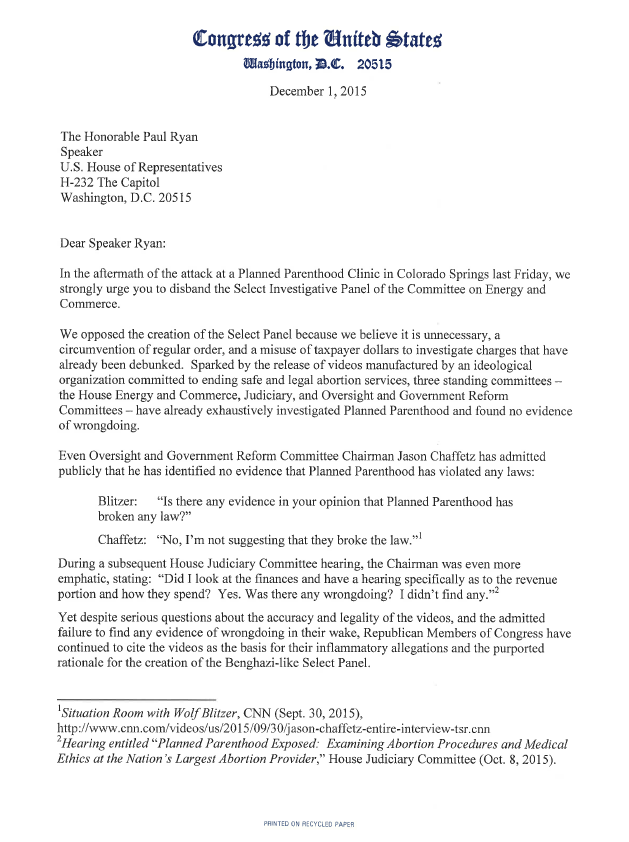 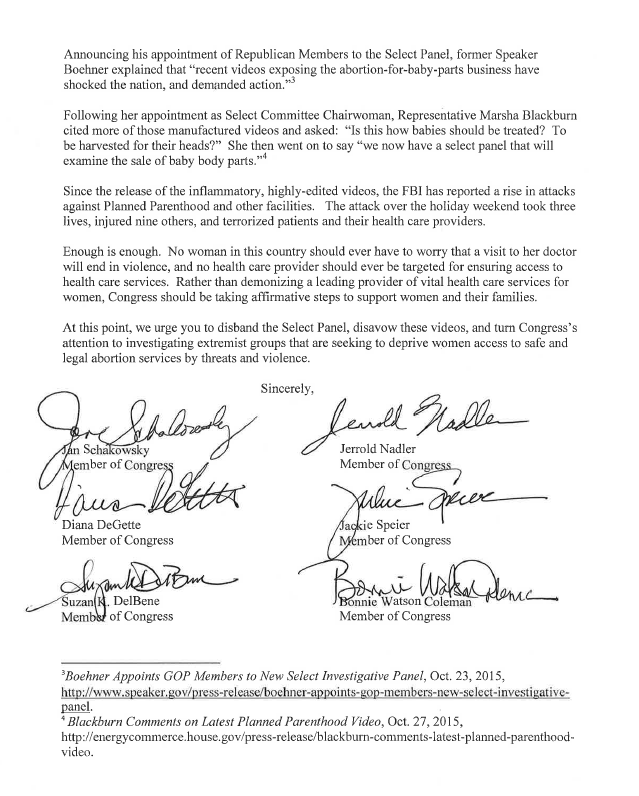