It am pleased to note that  South Africa’s President Zuma has issued a statement condemning the massacre of LGBT Americans.   Indeed this is an important statement to make and I am grateful for it. Yet cannot help but note the hypocrisy and in doing so – lets hope speaking out brings renewed consciousness. 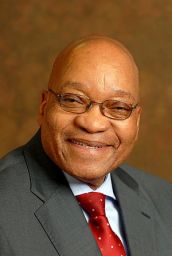 Here is his statement:

On behalf of the Government and the people of South Africa, His Excellency President Jacob Zuma has sent a message of condolences to the Government and the people of the United States of America following the shooting in Orlando, Florida, which has left about 50 people dead and scores injured. The South African Government has noted the comments by President Obama following the shooting, describing the incident as an “act of terror.”

The attack, which was targeted at the Lesbian, Gay, Bisexual, Transgender and Intersex (LGBTI) community, shows extreme levels of intolerance. South Africa fully recognises the rights of the LGBTI community and condemns in the strongest possible terms any violent attack targeted at the community.

President Zuma said: “The South African Government and people stand with the people of the United States, particularly the families of those that have lost their lives, during this difficult time. We wish all the injured speedy recoveries. We strongly condemn all forms of terrorism, particularly this incident which has claimed so many innocent lives.”

The scourge of terrorism and violent extremism require that nations of the world come together and work jointly towards a coordinated international response to this dangerous phenomenon.

ISSUED BY THE DEPARTMENT OF INTERNATIONAL RELATIONS AND COOPERATION
Pretoria

You will note from his statement that his focus is on the terror rather than the homophobia, and he seems to have left that out of his reflection on what Obama said. To his credit he does mention LGBT  ‘tolerance.’  However he should be speaking “acceptance” – given that South Africa’s LGBT community has full equality. And when he does condemn the attacks against LGBT community, I am struck by the hypocrisy:

Zuma has failed so dramatically in his leadership on the issue of LGBT freedoms and safety in his own country and on his own continent, Africa. As the ONLY head of State on the continent of Africa where his country provides full equality for LGBT people, he has a great duty to speak out about the ongoing violence against gays in SA and Africa,  but he has failed.

The amount of violence against LGBT  South Africans is untenable.  The criminalization, harsh punishments,  disgusting homophobic rhetoric by various heads of states in other African countries, is all deadly. Yet, not only did he send a convicted homophobe, Jon Qwelane, as his ambassador, to Uganda, during the height of the anti LGBT milieu, but he has failed to speak out or act to curtail that homophobia in his own country and on the continent.  He has not spoken out when Nigeria and Cameroon and Uganda have arrested people just for being gay. He said nothing helpful about the new anti gay laws in Uganda and Nigeria. He sat back and heard The Gambian and Zimbabwean Presidents threaten to kill gays.  He has failed to reprimand and has made no attempt to influence other African countries for these indiscretions.

Do you think that Zuma will put his own words into action and do something about the ongoing violence against Lesbian, Gay, Bisexual, transgender and intersex people in South Africa and in other countries on the continent?   Do you think anything will change?   Speak out in the name of our global commonality, our quest for acceptance of all LGBT people, worlddwide.  Now is the time to acknowledge these heroes with : We will fight hate with love – and we ask you to speak up for us, all of us.