Revised ordinance to be considered in coming months 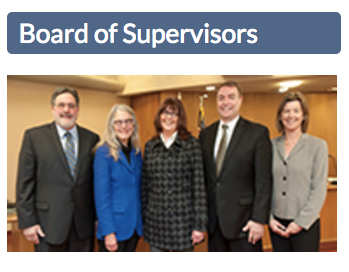 San Rafael, CA – The Marin County Board of Supervisors upheld a decision by the County Administrator and denied appeals to seven prospective applicants who wanted to open medical cannabis dispensaries in unincorporated areas of Marin.

The Board’s decision May 23 followed an April 10 decision by County Administrator Matthew Hymel not to approve any applications following an extensive review of vendors and site locations by the Community Development Agency (CDA) staff. Eight of 10 applicants appealed the decision; one of the applicants withdrew its appeal Monday, May 22.

“Unfortunately, this process did not find the right match of vendor and site, but we are committed to working with our community to have safe access to medical cannabis for our residents,” said Board President Judy Arnold. “This has been a tremendous learning experience for us.”

The Board requested that that staff work with the Board in the coming months to consider alternative approaches to achieve a workable licensing solution. Staff recommended two options for further consideration: a revised approach that separates the vendor and site decision, or a delivery-based model that would mitigate many of the concerns expressed by the community.

The Board will have its medical cannabis subcommittee, comprised of Arnold and Supervisor Damon Connolly, work with staff to create new language in the County’s medical cannabis ordinance. Tom Lai, CDA Assistant Director, said his department will strive to return to the Board by the end of the summer and with a goal of issuing licenses by the end of the calendar year.

“The Board’s direction helps focus our efforts to retool the medical cannabis dispensary program and work with stakeholders and interested residents to develop amendments,” Lai said.

Although cannabis is considered an illegal drug by the federal government, Proposition 215 ensures that seriously ill Californians have the right to obtain and use cannabis for medical purposes upon receiving a recommendation from a physician. The County’s ordinance is consistent with the state’s Compassionate Use Act and Medical Cannabis Program. A licensed dispensary would have to be least 800 feet from schools, public parks, smoke shops, and other cannabis dispensaries to qualify for a license.

California’s State Bureau of Marijuana Control will implement its licensing program in 2018, and licenses for medical cannabis businesses will be issued if local approval has been granted. New state regulations will permit delivery-based dispensaries after January 1, 2018. Medical cannabis dispensaries remain prohibited in unincorporated Marin (the town of Fairfax recently allowed a longstanding dispensary to reopen under a prior use permit). The County ordinance establishes a regulatory framework to license nonprofit patient collectives to meet the medical needs of local patients, many of whom have voiced the need for local dispensaries before the Board of Supervisors.

The County medical cannabis program does not address the use or sale of recreational cannabis. California voters passed Proposition 64 in November 2016 that allows for the sale, regulation, taxation, growth and transportation of cannabis for recreational use.  Under an ordinance passed by the Board in February 2017, recreational cannabis businesses are not permitted anywhere in the unincorporated areas of Marin.