By Melanie Nathan, April 22, 2014. According to a note from Masha Gessen, Russian  ‘Self-proclaimed volunteer police are raiding a Moscow gallery where a Russian film about LGBT teenagers was slated to premier today. With the help of actual uniformed police armed with machine guns they are holding 200 people hostage in the space and […]

Jews Persecuted with Orders to Register in Ukraine

By Melanie Nathan, April 17, 2014. Ukrainian and Israeli media are reporting actions that smack of Nazi Germany as Jews in the Ukrainian city of Donetsk, where pro-Russian militants have taken over government buildings, were told it is complusory to “register” as Jews and pay special taxes with the Ukrainians who are trying to make […]

Russian teen project gives affirming support and advice to LGBT youth and at risk of closure Melanie Nathan, February 11, 2014. While athletes, and the world celebrate Sochi together with Valdimir Putin, Russian Teens are at great risk. These current charges show just how bad the new Anti-gay law is in Russia. These laws, now […]

By Melanie Nathan, January 18, 2014. Russian white supremacist, Neo Nazi, Ultra Nationalist and Gay basher Maxim Martsinkevich has been arrested in Cuba in an international arrest warrant, Russian police reported today, according to media reports. Russia was informed by Cuban police of the arrest of Martsinkevich, otherwise known as Tesak,  through Interpol, the Russian Interior Ministry […]

Called a coward by Activists who demand he speak out against Russia’s Anti-LGBT laws when in Sochi By Melanie Nathan, January 15, 2014, Two members of Queer Nation confronted three-time Olympian, figure skater, Brian Boitano tonight, demanding he speak out against Russia’s recently enacted anti-LGBT laws when he represents the U.S. at the Olympics next […]

See Our Open Letter January 3, 2014 Several  prominent human rights, political, community & non-profit organizations, activists and journalists are urging President Obama to reconsider his administration decision, asking the President to expand the Magnitsky List, designed to ban Russian human rights violators from entering the US, and having all their assets at US financial […]

We Demand that NBC Speak out now and Tell the Truth About the Plight of LGBT Russians December 12, 2013 (New York) — Charging that NBC is misinforming its viewers about the dire circumstances of LGBT Russians ahead of its broadcast of the 2014 Winter Olympic Games in Russia, LGBT activists demanded at a holiday […]

No, surely not a photo of Anti-Gay Maxim Martsinkevich Tesak about to sodomize a man

What else can one presume from a photo like this right? What disturbs me are people who pretend not to be gay when they are actually gay. What I find even more disturbing is when men like this, are so terrified of it, that they turn their backs on their fellow gays and become persecutors […]

By Melanie Nathan, November 11, 2013. I was privileged today to attend a meeting with the the group of LGBT Russians and organizers, at the San Francisco LGBT Center in the Castro, to discuss LGBT human rights in Russia.  The group is visitng the United States under the auspices of the Department of State’s International […]

SA student perceived as Gay tortured by Russian gangsters known as Occupy Pedophile who are given Impunity by Vladimir Putin and his homophobic regime #WANTED Let us #OUT these criminals so the world knows who they are. By Spreading this Article around we are showing the faces of the cowardly Russian criminals who lure and […]

Lesbian Activist Speaks about Russia’s Continued Defiance with worsening New Laws Against Gays and asylum being the only answer By Melanie Nathan, September 06, 2013. A Russian lawmaker has proposed a bill that would deny gay parents custody over their children. The draft bill, published on parliament’s website on Thursday, would make the “fact of […]

President Obama to Meet with LGBT Russians During G20 Summit

By Melanie Nathan, August 22, 2013. While the less educated on the realities and impacts of boycotting Russia because of its new Putin signed anti-gay laws, are quick to draw conclusions that boycotts are not working, relevant leadership emerges calling for persistent boycotts. Masha Gessen is emerging as the new and prized leadership, an imperative […]

More reasons to Boycott Sochi as a venue for the Winter Olympic games 2014 – Six Months Before Olympics Launch, Fresh Concerns about Intimidation REPORT by Human Rights Watch: (Aug 07, 2013.) Preparations for the Sochi Games have been plagued with serious human rights abuses and other problems, many of which have only been brought […]

Armenia next as Russia’s anti-gay laws start to spread

Sparking need to increase international outcry and calls for boycotts By Melanie Nathan, August 08, 2013. It would seem that the recent promulgation of anti-gay laws in Russia is spreading in the region.  We are receiving reports from Yerevan, Armenia that  Armenia’s police have proposed a ban on promoting “non-traditional sexual relationships” in the country. […] 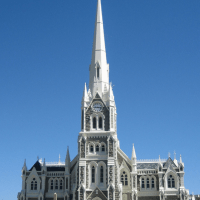 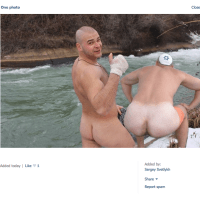