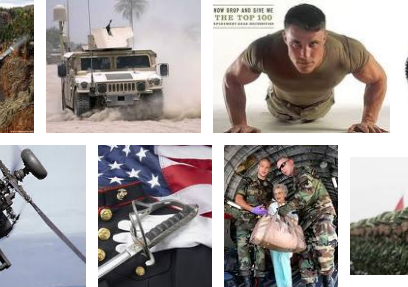 BREAKING-  WASHINGTON, D.C. – Servicemembers United, the nation’s largest organization of gay and lesbian troops and veterans, today enthusiastically applauded the order issued by the Ninth Circuit Court of Appeals lifting its own stay of a lower court’s injunction barring enforcement of the “Don’t Ask, Don’t Tell” law. This move once again renders “Don’t Ask, Don’t Tell” unenforceable by the Pentagon.

“With the wait for certification dragging out beyond a reasonable time frame, the Court has once again stepped in to require the Pentagon to stop enforcing ‘Don’t Ask, Don’t Tell,’ and this time it very well may be for good,” said Alexander Nicholson, Executive Director of Servicemembers United and the sole veteran plaintiff on the case. “I am proud to have worked personally worked with Log Cabin on this case for more than five years now and to have represented the gay military community as the sole named veteran on this lawsuit. Despite the criticisms and years of waiting, this case has yet again successfully eviscerated this outdated, harmful, and discriminatory law.”

The Log Cabin Republicans vs. U.S.A. lawsuit is the only contemporary successful challenge to the constitutionality of the “Don’t Ask, Don’t Tell” law, which requires the Department of Defense to abruptly fire any servicemember found to be gay, lesbian, or bisexual. In 2010, U.S. District Court Judge Virginia Phillips found the “Don’t Ask, Don’t Tell” law to be unconstitutional after a two-week trial, and issued an order barring enforcement of the law worldwide. The Ninth Circuit Court of Appeals subsequently issued a stay of that order pending appeal by the government. Today’s order from the Ninth Circuit overturns its own previous stay, rendering “Don’t Ask, Don’t Tell” once again unenforceable.

Nicholson added, “Servicemembers should still remain extremely cautious with information regarding their sexual orientation for the time being. The issue remains in a state of flux, although guarded optimism is certainly warranted.”

For more information about Servicemembers United and the gay military community, please visit  their new home on the web at www.servicemembers.org.

briefs, appellants/cross-appellees do not contend that 10 U.S.C. § 654 is constitutional. In addition, in the context of the Defense of Marriage Act, 1 U.S.C.§ 7, the United States has recently taken the position that classifications based on sexual orientation should be subjected to heightened scrutiny.

Golinski v. U.S.Office of Pers. Mgmt.
, No. C 3:10-00257-JSW (N.D. Cal.) (Doc. 145, July 1, 2011)(“gay and lesbian individuals have suffered a long and significant history of  purposeful discrimination”); Letter from Attorney General to Speaker of House of Representatives (Feb. 23, 2011) (“there is, regrettably, a significant history of  purposeful discrimination against gay and lesbian people, by governmental as wellas private entities”). Appellants/cross-appellees state that the process of repealing Section 654 is well underway, and the preponderance of the armed forces are expected to have been trained by mid-summer. The circumstances and balance of hardships have changed, and appellants/cross-appellees can no longer satisfy the demanding standard for issuance of a stay.Appellee/cross-appellant’s alternative request to expedite oral argument is granted. The Clerk shall calendar this case during the week of August 29, 2011, in Pasadena, California.
Briefing is completed.