You are here: Home » Call for Investigation into Numerous Sexual Abuse Reports of LGBT Immigration Detainees

LGBT Detainees Specifically Targeted for Sexual Abuse and Denial of Care in the U.S.A. 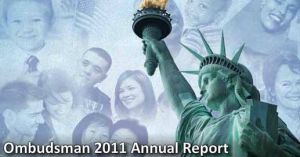 WASHINGTON—Following repeated reports of sexual abuse in the immigration detention system by the Heartland Alliance, Congressman Mike Quigley (D-IL) and Congressman Jared Polis (D-CO) requested that the Government Accountability Office (GAO) investigate and offer possible remedies to improve conditions at Immigration Customs Enforcement (ICE) facilities and those with which they contract.

According to government documents, nearly 200 allegations of abuse from detainees in detention facilities across the nation have been reported to the Department of Homeland Security (DHS) since 2007.

Many of these incidents have involved LGBT immigrants.

“The government has a moral responsibility to ensure the safety of any person under its charge,” said Rep. Quigley. “The pervasive and systematic abuse of detainees held in immigration detention facilities, especially gay and transgender individuals, is unconscionable and should be addressed at the highest level. I am confident that DHS and DOJ will work quickly to review this matter and do everything in the agencies power to prevent further instances of sexual abuse, essentially at the hands of the government.”

“The continued reports of sexual abuse against immigrants in ICE detention facilities are appalling,” said Rep. Polis. “Here we have people who are at their most vulnerable—many without access to any legal assistance—who are being preyed upon and assaulted. LGBT immigrants appear to be special targets for abuse in ICE facilities. I expect that GAO will conduct a thorough investigation and offer up solutions that will end this intolerable situation.”

Further, the letter requested GAO identify what steps DHS is taking to rectify the problem and suggest additional actions the Department should consider to ensure that sexual abuse does not continue to plague the immigration detention system.

The full text of the letter can be found below. It is also available here.

CALL TO ACTION: Thank your Congress member for signing this, by posting this article and notes on their FB Pages.