Historic Line-up of Speakers for AIDS 2012 in D.C. 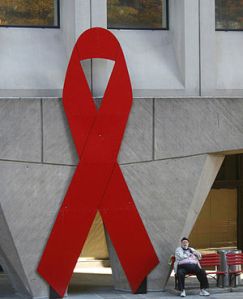 Some 25,000 Scientists, People Living with HIV, and other stakeholders expected to attend AIDS 2012

Former U.S. First Lady Laura Bush will speak at a Special Session, Leadership in the AIDS Response for Women, on Thursday, 26 July. South African Deputy President Kgalema Motlanthe will address two Special Sessions, How Do We Get There? Country Planning for Maximum Impact on Monday, 23 July, and China, India, South Africa, Brazil: How Will They Use Their Leadership to Advance the AIDS Response? on Tuesday, 24 July.

Congresswoman Nancy Pelosi will address the Closing Session on Friday, 27 July and development economist Jeffrey Sachs will participate in the Special Session, China, India, South Africa, Brazil: How Will They Use Their Leadership to Advance the AIDS Response? on Tuesday, 24 July.

“We are delighted to welcome the world’s leading AIDS scientists and activists to AIDS 2012, and to have secured these high-level keynote speakers at this crucial time in the global response to HIV,” said Elly Katabira, International Chair of AIDS 2012 and President of the International AIDS Society (IAS).

In the last few years various research trials, including HPTN 052, CAPRISA 004, TDF2, Partners PrEP, and iPrEx have demonstrated with solid evidence the efficacy of HIV treatment as prevention, while other studies are currently investigating the possibility of a cure for HIV.

“The past few years have been a scientific watershed in the life of the HIV/AIDS epidemic, one that has given us the tools to potentially make major inroads into the epidemic on an unprecedented scale,” concluded Katabira.

The theme of AIDS 2012, Turning the Tide Together, has been selected to emphasize how a global and decisive commitment is crucial to change the course of the epidemic now that science is presenting promising results in HIV treatment and biomedical prevention. This biennial event is the world’s largest meeting on AIDS, where leading scientists report on the latest AIDS research, and together with implementers, community leaders and policymakers, help to identify next steps in the global response to AIDS.

“The economic times are tough but the science is telling us that we’d be irresponsible to miss this historic moment. And many of those scientists who have been at the forefront of new research around treatment as prevention and HIV reservoirs will be present at the conference. Now, more than ever we need to seize the moment, attract funding to invest in AIDS research and at the same time promote programmes based on effectiveness and efficiency that optimize the use of resources,” concluded Havlir.

The full AIDS 2012 programme and a Programme Highlights document is now available through the conference website www.aids2012.org and significant parts of the programme – including webcasts of key sessions, speeches, slide presentations, abstracts, e-posters, session-specific and daily rapporteur reports, as well as workshop handouts and audio recordings, will also be online during the conference.

Mphu Ramatlapeng, Vice Chair of the Board, Global Fund to Fight AIDS, Tuberculosis and Malaria, Former Minister of Health, Lesotho

The U.S.-based Black AIDS Institute; the District of Columbia Department of Health (DOH); the HIV Medicine Association (HIVMA) of the Infectious Diseases Society of America (IDSA); the National Institutes of Health (NIH); the Office of National AIDS Policy (ONAP) at the White House; and the U.S. Positive Women’s Network (USPWN) are serving as local partners.

The International AIDS Society (IAS) is the world’s leading independent association of HIV professionals, with over 16,000 members from more than 196 countries working at all levels of the global response to AIDS. Our members include researchers from all disciplines, clinicians, public health and community practitioners on the frontlines of the epidemic, as well as policy and programme planners. The IAS is the custodian of the biennial International AIDS Conference and lead organizer of the IAS Conference on HIV Pathogenesis, Treatment and Prevention, which will be held in Kuala Lumpur, Malaysia, from 30 June– 3 July 2013.