You are here: Home » Ugandan Kill the Gays Bill Drops to Second Place With Death Still an Option 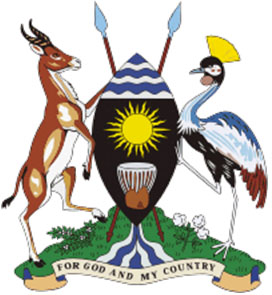 Due to the death of a former MP, Uganda’s Parliament did not consider any business yesterday. Instead, and took the day for a memorial to former MP Atenyi Deo Zabasaija.

Warren Throckmorton,  noted that the bill might make it on the agenda Thursday, but he doubted and was correct to note that “it will be acted on because the contentious oil issues have not yet been resolved.”

Warren Throckmorton’s analyzed this part of my Bahati interview: Yesterday, Melanie Nathan spoke to David Bahati about his anti-gay bill. You can read that interview here. Bahati again claims that there is new draft of the bill sans death penalty which he will read in Parliament soon. However, when a Ugandan asks Parliament for a copy of the bill, the 2009 version is handed out. The report may suggest the removal of hanging but this suggestion does not guarantee that the Parliament will agree to it. Also, it is possible that the language has been changed but the penalty remains — as occurred in May, 2011.

As it turns out via Frank Mugisha today, the Anti-Homosexuality Bill has dropped from No 1. on the Order Papers of Parliament, after holding that position for a week, to No 2.  What this means is that the OIL Bill is taking precedence over the Anti-Homosexuality Bill (AHB).  While speaker Kadaga could have postponed the Oil Bill and taken on the AHB as a side track from the very contentious OIL Bill, that would not seem to be the case.  I am guessing that Uganda is indeed caving to the International outcry and protests and so I would  urge all governments, protestors,  activists and community to keep up the pressure.

Speaker Kadaga told Ugandans that she would be delivering The Kill the Gays as a XMAS gift; and now it would seem, and I am happy to say, that she may find a way out of keeping that promise by “blaming” the behavior of Parliamentarians and/ore the contentious oil bill for the delay of the AHB.  I think the Speaker is  feeling  the heightened  pressure of the world, which is watching Uganda around corruption and the OIL Bill, in  conjunction with the anti-Uganda fervor around the AHB, all of which provides Kadaga with the respite she needs to step back from the AHB at this time.

But this is no time to relax at all. While the OIL BILL may provide her with the ” OUT” she needs (for want of a better term,) she may well still deliver AHB before XMAS, even though it has slipped into second place.

Parliament of Uganda ORDER PAPER THURSDAY 6TH. 12,2012 Order of business to follow No 2.THE ANTI-HOMOSEXUALITY BILL, 2012.Keep e pressure up