You are here: Home » A Report from Stockholm and The ILGA World Conference

A Report from Stockholm and The ILGA World Conference 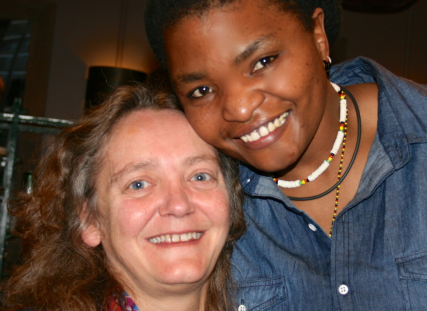 After a few days of climate shock, jetlag and defrosting, an unseasoned warmth took over a cold and frosty Stockholm, when four hundred participants at the ILGA World Conference saw its conclusion today, Sunday 16th, casting 242 votes from over one hundred countries, while warming up to camaraderie of common purpose.

From Monday the 10th the enthusiastic participants gradually invaded the not so charming but convenient and safe premises at Sveavägen Stockholm. That is when the pre-conferences took off, including subjects such as women leadership training, intersex organizing, violence against trans people and political development in the MENA region.

“People are talking to each other,” one enthusiastic participant from Europe said, leaving the conference on Sunday.

Hard to believe for the sparsely populated northern capital, but the hosting organization RFSL actually managed to host the biggest global LGBTI event ever!

Initially rumors said that the outstanding figures were over estimated. That assessment can be rejected now as staff at the restaurant ”Two Guys” report having served more than 330 lunch meals on Friday (supposedly all time high). It was true: Over 400 participants and 250 state-sponsored scholarships.

So how about politics?

Financial support from the Swedish International Cooperation Development Agency (SIDA) made strong global representation possible at the conference. Africa especially stood out with delegates from Burkina Faso, Burundi, Cameroon, Kenya, Nigeria, Namibia and Uganda – all comrades, as the Ugandan group closely followed the shenanigans of its parliament’s attempt to debate the anti-homosexuality bill before Xmas recess. Also 81-year-old clergyman and LGBTI-activist Bishop Christopher Senyonjo charmed everyone with his energy and presence.

The need for LGBTI-feminist alliances and an even stronger focus on the alarmingly accelerating violence in South Africa is something a lot of delegates reported about, including Linda Baumann from Outright Namibia and her feminist sisters and brothers from countries such as Sudan, Namibia and South Africa.

“My impression is that some countries really need to work under the feminist banner,” noted Darienne Flemington, having listened to lesbian activist from revolutionary North Africa.

Flemington is from the UK (representing the trade union organization Unison), and was elected election officer during the conference. She praised the “amazing” Swedish volunteers, who were running back and forth with ballot papers in no time to RFSL head office. All this to keep pace with the quite impenetrable and hectic ILGA voting procedure.

Intersex turned out to be one of the hot topics in Stockholm. In two years, at the next world conference, time is ripe for a separate intersex secretariat. Until then, the newly resurrected trans secretariat will have a convincing and strong leader in the Latin American trans activist and researcher Tamara Adrian from Venezuela, representing Diverlex.

As Adrian is a brilliant, most convincing person she got almost all the votes.  The ILGA women secretariat will be chaired by Minority Women in Action (based in Nairobi).

Latin American LGBTI-activists like Adrian swept the floor with sexist normality in Stockholm, as they now lead the global trans revolution. ILGA emphasized this development by giving the ILGA Award to Argentina’s president Kristina de Kirchner for the transformatory Argentinian gender identity law. A pair of Argentinian politicians dressed in suit and tie came to pick it up on the president’s behalf, matching Sweden’s Prime Minister Fredrik Reinfeldt who made the opening speech.

The Caribbean countries are now trying desperately to catch up with Latin America, leaving ILGA Asia dragging behind. The Asian organization still seems weak (or marginalized), since the last ILGA Asia conference that could not be held as planned in Surabaya 2010, due to religious fundamentalism.

Speaking of which, apart from English, Spanish was the only language getting continual translation during the conference. A fact that frustrated Asian delegates like the Chinese, in desperate need of broader representation. Delegates from MENA especially raised the need for translation In Arabic.

But apart from that, the overall impression from a Stockholm perspective is the high level of inclusion, strong focus on activism and the impressive global representation. Could it be true? The gap between LGBTI-activists from different continents is closing. 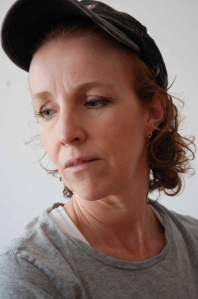 (left) Kristina Hultman is a writer and independent freelance journalist based in Stockholm. In 2012 she wrote about international LGBTI-policy and global development for The Swedish Institute of International affairs (UI).  Picture by Therese Andren

(top) Picture : Darienne Flemington from the UK took care of voting procedures during ILGA World conference in Stockholm on the 10th to 16th of December 2012. Linda Baumann from Outright Namibia is one of many forceful activists from Africa making the lgbti-community more and more visual.