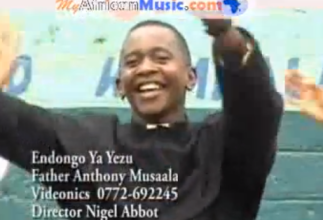 The Ugandan gay community is suing a U.S. Pastor, Scott Lively  on U.S. soil, charging that he has committed crimes against humanity, resulting in their persecution. But it went further and this story illustrates just how murky the waters of anti-gay persecution can get.

The lesbian, gay, bisexual, transgender and intersex community of Uganda, under the umbrella organization Sexual Minorities of Uganda (SMUG)  brought a lawsuit against anti-gay Pastor Scott Lively, under the Alien Tort Act, which allows foreigners to sue in American courts in situations alleging the violation of international law. The suit claims that Lively’s actions resulted in the persecution, arrest, torture and murder of homosexuals in Uganda.

Over the years writing about Lively and the Anti-Homosexuality Bill on this site has attracted many e-mails and comments from Ugandans who share stories about how they were directly impacted by Scott Lively’s conspiracy with Ugandan lawmakers, Evangelicals and journalists, for a “final solution” to homosexuality in Uganda.

Here is one such story of the harm to a Catholic Priest,  wrongly accused.  It serves as evidence of the persecution and also elucidates the insidious plan of the conspirators.  They bribed and paid off people in Uganda to point fingers and falsely accuse people of being homosexuals, in their attempt to vilify gays and anyone else who may be a target for whatever reason.  They successfully created an atmosphere of hate which was designed to destroy a small group and all the while drummed up support for  the Anti-Homosexuality Bill:-

Fr Anthony Musaala, a well known Catholic Priest and gospel artist, wrote to me in response to our article on Oblogdee “Oral Arguments Convey Accountability for Scott Lively’s Anti-Gay Mission” and I decided to post it here in his words:-

I believe that I may have been one of the first casualties of the scandalous Scott Lively anti-gay conference which took place at the Triangle Hotel in Kampala, Uganda at the end of March 2009. After me, many others were targeted, harassed, and displaced. We still live with those consequences.

I would like to narrate what happened to me, to show how murky this Uganda anti gay campaign is, and how it destroys lives. Although the trauma for me has been more in terms of mental stress and in terms of my work being impeded there are others in the community here whose lives are not what they used to be.

The so called Christian conference, which was actually an Anti-gay launch program, took place in Uganda in March 2009 and was attended by several local and American evangelists.

They adopted the strategy of exposing all gays and so called “promoters of gays” in Uganda in order to finally rid Uganda of homosexuality’. The press was invited, and they attended in droves.

One newspaper with a reporter in attendance was The New Vision, which happens to have the largest circulation here in Uganda. Their journalist, a one Katongole interviewed two participants at the conference, one named George Oundo and another, Paul Kagaba. These men both claimed to have been converted from homosexuality (at that conference!) and were now Christian “ex-gays”, but more importantly, anti-gay.

They then proceeded to tell the New Vision journalist that I, Father Anthony Musaala, a well known catholic priest and gospel singer, was a leading homosexual in Uganda, and a promoter of the” gay agenda” to boot.

The result of that interview was a devastating banner headline which appeared on the front page of the New Vision on 1st April 2009, possibly the worst day of my life, and which said ”FATHER MUSAALA NAMED A HOMOSEXUAL”

The aforementioned ex-gay Paul Kagaba had told the New Vision reporter at the Triangle Hotel conference the day before, that he knew for a fact that I was “promoting” homosexuality by regularly hosting gays at my house for parties.

I received a call from the newspaper to get my side of the story. I flatly denied all those allegations, but the damage was already done. Other newspapers and radio stations quickly took up the story and so before very long I was summoned by the Archbishop of Kampala and his entire curia, to answer charges made about me in the media.

The Archbishop told me to leave the parish church (where I had several successful ministry projects) and go to a monastery some 200 miles away. This I did, but after a week, feeling indignant decided to return to my church, come what may.

Later, I was transferred by the Archbishop, to another church as an assistant pastor, (with a superior from hell) and told not to speak to the media. I was also advised to abandon my many singing and preaching engagements, both at home and abroad which advice of course I ignored.

Next thing I know the Archbishop summons me with glad tidings that I had been reported to the Pope’s ambassador in Uganda  (the Papal Nuncio) for nothing less than pedophilia. This terrible calumny was delivered to His Grace by a Ugandan woman, who wanted revenge, because I had fired her from a refugee project in Kampala. She had read the papers and added a new pedophilia twist.

Next, a letter wafts onto the Archbishop’s desk, from a beloved younger sister; though one who obviously doesn’t approve of me being a catholic priest at all. She read all about my sensational outing by ex-gays, on the internet. (Just Google Father Musaala) and felt that some facts were missing.

Although she has not lived in Uganda for 30 years, my sister claimed to know that for many years I have been abusing children in Uganda! This fact must come out now she told the Archbishop! Her claims were underwritten by the hitherto unknown insight that I, poor Anthony, as a child, had been terribly abused by those religious brothers, at a well known catholic school in Uganda.  The Archbishop was alarmed by my sister’s accusations and started to consider that he might have an evil child-molesting priest on his hands.

He consulted the Pope’s ambassador who in his infinite wisdom ordered a year long investigation into my life. Needless to say said investigation yielded nothing. But the damage to my professional reputation was already done.

Devastated by all this I called the two “ex-gays”, Oundo and Kagaba who started it all. I wanted to meet them and find out why they had done this to me. Had I wronged them without knowing in some way?

No, they said, but they did tell me that the pastors at the notorious anti gay conference in 2009 had offered them and other gays ”facilitation” i.e. cash, in order to be “converted” from homosexuality, and then divulge as many Uganda gay names as possible for what they termed further pastoral action.

For his we shall not be praising the Lord.

Indeed this story did receive some exposure back in 2009 in a Truth Wins Out Story:

“However, it also seems quite feasible that Oundo was, all along, projecting his own alleged pedophilia onto innocent gay Ugandans, with the support of Martin Ssempa, U.S. taxpayer dollars, and Exodus International officials Alan Chambers and Don Schmierer.”

Also interesting to note in this context is that since TWO report,  in 2012, Martin Ssempa and other co-accused were convicted in a Ugandan Court on felony charges of falsely accusing a fellow Christian rival Pastor of sodomy.

Musaala’s dynamic entry into modern gospel music saw him scooping the award of Best Gospel Artiste of the year, during the PAM Awards of 2005. His song, Tusimbe mu Kisinde (off ‘Katonda Taata’ album) was voted best song of the year while his ensemble, the Gospel Groovers, was voted the best gospel group of the year. Musaala’s name again featured in the media when his song, Koona endongo ya Yezu, was declared as the best gospel hit in the 2006 PAM Awards. Musaala continued to write songs as he also ventured into gospel crusades in Uganda, Kenya, Tanzania and Zambia. Musaala currently has nine music albums, with songs are in Luganda, English, Swahili, Runyakitara and Bemba, a Zambian dialect. Of course, Musaala’s achievements were met with mixed feelings. Many conservative Catholics, some of whom were his brother-priests, criticized him for ‘desecrating’ the holy robes, whose use, they argued, was restricted to the altar. Such criticisms notwithstanding, Musaala successfully opened the gates of the modern gospel musical arena to Catholic artistes, many of whom he also helped to identify their musical talents.

← San Francisco Help LGBT Homeless Youth on MLK Day of Service
Homeless Queer Youth – Emancipation, is it really so “out of the box”? →