You are here: Home » Albany N.Y. teacher assignment asked students to argue that Jews are evil 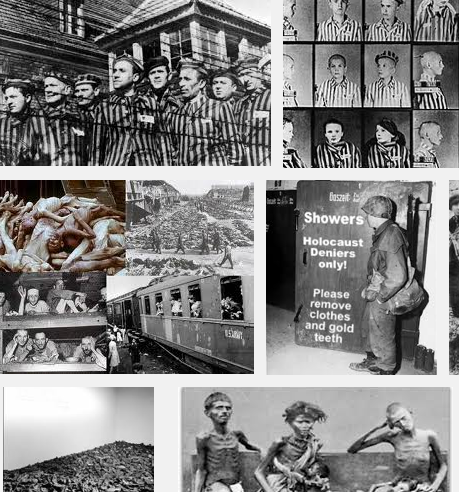 Haaretz is reporting that a high school English teacher could face disciplinary action for giving a writing assignment that asked students to make a persuasive argument blaming Jews for the problems of Nazi Germany, as noted by Albany school district officials on Friday.

School district spokesman Ron Leskosaid administrators were discussing what official action the 10th-grade teacher at Albany High School could face for the assignment given to students on Monday.

The assignment, first reported Friday by the Albany Times Union, asked students to research Nazi propaganda, then assume their teacher was a Nazi government official who had to be convinced of their loyalty. The assignment told students they “must argue that Jews are evil.”

A third of the students refused to complete the assignment.

Superintendent Marguerite Vanden Wyngaard said she doesn’t believe the teacher who handed out the assignment had malicious intent. The purpose of the assignment was to have students make an argument based on limited information, but it should have been worded differently, she said.

“I don’t believe there was malice or intent to cause any insensitivities to our families of Jewish faith,” the superintendent told the newspaper.

The school district has not named the teacher.

Opinion: It seems the students had more sense than the teacher and the superintendent, who, by the way should be fired with the teacher.

What prompts such insensitivity? What prompts the thought that an argument could even begin to be made for genocide? There can be no good reason other than a rotten antisemitic mindset to start.

The mistake (?) here is in thinking that an argument can be made for scapegoating – for genocide – for the Holocaust. It seems this teacher thinks that Hitler is an historical figure who is worthy of any argument for the genocide he intended.

If I were at the pending press conference I would ask that superintendent and teacher if they would ask their students to justify the mindset of Charles Manson and the  Sharon Tate killings, and if the answer was no, I would then assume that they consider that there is indeed a justifiable argument for the Holocaust.

There can be no justification for asking a student to even begin to delve into the mindset of maniacal murderer and then justify the murders – Hitler was just that and as it happened he managed to get an entire nation involved via the engendering of hate through propaganda and scare tactics.

Update:  The Albany Times Union is reporting “The Albany school district has placed on leave a teacher whose persuasive writing assignment was for students to argue that Jews are evil in order to convince a Nazi official of their loyalty.”

← Housing Discrimination against Gays, Lesbians, and Poor Still Legal in Most States
Zambia doubles-down with threats to ‘stiffen laws against homosexuality’ →