Inaccurate media reports could be exacerbated by privacy of trial, while Magistrate ‘s call for closed trial may evidence prejudice during time when Zambian Government calls to hunt down gays,

Please note update (6/12/) below, where Magistrate denies trial is being heard in camera and accuses a Reporter of making a false report, which we amongst others, used here as our source: 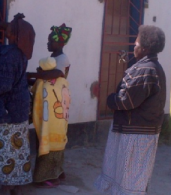 Our 6/11 report: The case we have been following on OBLOGDEE involving two Zambian men from Kapiri Mposhi accused of being in a homosexual relationship and three other related counts, was yesterday moved from open court to private closed court, following Magistrate John Mbuzi ‘s concern that the nature of the language and evidence would be too “vulgar” for the public.

The Magistrate’s decision to  close the court comes at a time when Zambia’s treatment of gays is subject to world scrutiny as recently the Government made a statement calling for the “hunting down” of all homosexuals.

The trial of the two men, both aged 21, resumed in a Kapiri Mposhi magistrate’s court yesterday, where James Mwape is alleged to have had “carnal knowledge” with Philip Mubiana, “against the order of nature,” in April of this year.

The two men pleaded not guilty to the charges against them and have remained in custody. If convicted, the two men face possible life imprisonment.

According to Lusaka Press:

“During trial, a witness, Judith Wakumelo told the court that during the arrest of the two men, she heard Mubiana telling police officers that he was female.Ms Wakumelo, of Ndeke township in Kapiri Mposhi, said after their release from police custody, the accused men continued staying together, which prompted the police to re-arrest them. She said Mwape told police officers that he acted as Mubiana’s husband at the time the two were staying together.“I heard Phillip tell the police that he was both male and female and that he wasn’t a woman. James at first refused to respond but later said that he was Phillip’s husband,” Ms Wakumelo said.In the second count, Mubiana is alleged to have permitted Mwape to “have carnal knowledge of him against the order of nature.”In count three, Mwape on may 5, this year is alleged to have had carnal knowledge of Mubiana against the order of nature.In the last count, Mubiana allegedly permitted a fellow male, Mwape to have a sexual encounter against the order of nature.”

According to a report in ALL Africa, the media is also under the spotlight for some of its poor reporting of the case.

“What is so concerning about this matter, is that the media has consistently been publishing incorrect information about the case,” said Anneke Meerkotter, LGBT/Sex Work Project Lawyer at the Southern Africa Litigation Centre (SALC), which is supporting the case. “Much of what has been said so far in the media is pure fabrication and bears little resemblance to the facts in this case. It is unfortunate that the two men were arrested at the height of anti-gay rhetoric expressed by politicians, religious leaders and the media.”

In fact, rather than the timing being ‘unfortunate’, it is much more likely the two men were arrested solely because of the increase in anti-gay hate speech, including specific calls for the public to report gays to the police for ‘breaking the law’.

Source in Zambia provides the following UPDATED 6-12-2013 report where it seems the Magistrate is denying the reports that the trial in being heard “in camera”:

The defense started by raising preliminary issues to concerning the newspaper article that appeared in today’s Times of Zambia Newspaper entitled “Gays case moved from open court”. In this newspaper article, the author has misdirected herself when she wrote a false statement purporting that the case involving the two co-accused was “Yesterday moved from open court to camera following solid revelations that that bordered on vulgar language”. This was in fact false and upon bringing it to the he attention of the magistrate , the magistrate further warned the media to be very objective in their reporting  and that should they continue reporting inconsistent stories in the tabloids , he will not hesitate to  move on camera so that no distortion nor fabrication of court proceedings as it will go on record.  The concern was brought in light of an earlier concern raised by the defense.