You are here: Home » Cameroon men found guilty of being gay sentenced to prison terms 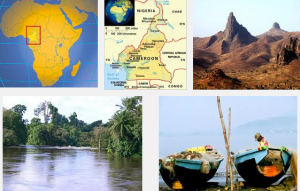 Two men have been found guilty and sentenced to time in prison for being gay. The court in Yaounde, Cameroon sentenced Joseph Omgba, one of the men accused of homosexuality, to two years in prison and a younger man was sentenced to one year probation.

Both have been in detention for almost two years, pending this conviction. A third accused, also held for nearly two years, was found not guilty for lack of clear evidence leading to doubt and so was acquitted.

The court also fined Omgba to 50,000 CFA francs (76 euros). If he pays the fine and court costs, Joseph Omgba will be released quickly as he has already served almost two years in custody at the Central Prison in Yaoundé.

The sentence could have been worse as homosexuality is banned in Cameroon, and gays are liable for fines and a penalty of five years in prison.

Cameroon has been in the news for a while, noting it amongst the top African Countries to persecute LGBTI people through laws that criminalize gay people. The homophobic persecution culminated in the recent murder brutal murder of gay rights activist Eric Lembembe, and so one wonders if this verdict finds its serves as a nod to the killers of Lembembe.

Many NGOs regularly denounce the arrests and imprisonment of homosexuals in Cameroon, as well as the extreme pressure and threats against local human rights defenders, who now, due to the murder of Lemembe are considering suspending their operations in the field of HIV/AIDS work.