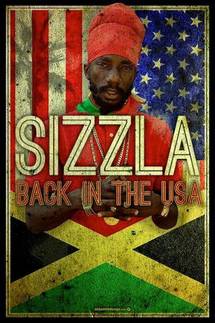 The Jamaica Observer is reporting that Jamaican Rastafarian star Sizzla has been denied a visa into the U.S. for his tour scheduled for this month and December.

Sizzla has been called out for his homophobic lyrics for at least the last decade. In the past he has had concerts cancelled in multiple countries. He has also been called out for not respecting his signature on the Reggae Compassionate Act. Clearly he should not be profiting from his hate here!

In August he defended another homophobic artist by suggesting “gays should burn“.

The Observer reported his manager, Stephen Brush of International Artists Agency, as saying “he has no choice but to reschedule the tour for early next year.”

“I am deeply saddened by the news, and I can say this is one of the worst weeks in my career… It is not a dead issue, but I am no longer comfortable waiting and seeing. What I would like to do is postpone the tour and look at re-booking it for February and March.”

Postponing the tour should NOT be an option. The venues in Washington, DC, Virginia, Colorado, and New York where his tour was scheduled need to hear that we have no room for his hate in our country.

Feel free to call the venues listed to let them know we do not want the tour re-scheduled! And then we should work to get Eminem to shut up…