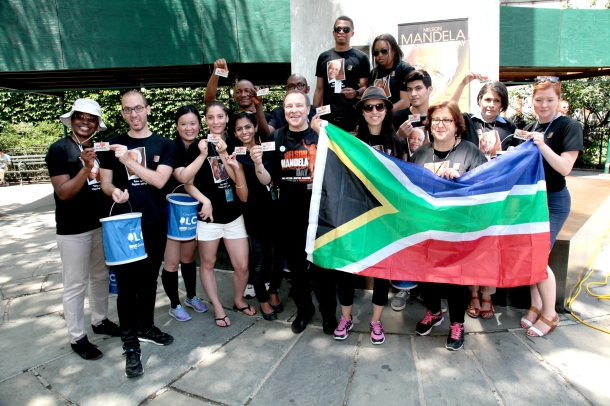 Alan Demby Chairman on the South African Gold Coin Exchange giving volunteers Mandela messages of love and thanking then with gold token coins for their volunteer services at the Secretary general tree event.

I am delighted to welcome all of you. We are particularly honoured to have Kweku Mandela here representing the family of his grandfather.

Nelson Mandela International Day is an opportunity to reflect on the work of Madiba, a model global citizen and visionary leader.

Let us also pause to remember the recent passing of one of Madiba’s close supporters, Nobel Laureate Nadine Gordimer. Both of them strongly believed in the mission of the United Nations – and they helped to prove the value of our common solidarity in defeating apartheid.

Nelson Mandela devoted his life to social justice and the struggle for human rights.

In marking this Day, the United Nations is joining the Mandela Foundation in asking people around the world to do community service.

I am honoured to tend to this beautiful Yellow wood tree.

Madiba himself loved gardening. He said the garden he kept in prison gave him a small taste of freedom.

Nelson Mandela understood that freedom is more than the world beyond prison walls.

Freedom is having the right to education.

Freedom is having enough to eat.

Freedom is decent work that can support a family.

Freedom is clean air, fresh water and a green environment.

Today we gather in a park named for Ralph Bunche. As a senior United Nations official, he earned many distinctions – including becoming the first African-American to win the Nobel Peace Prize.

In this special Park on this landmark day, I ask you to join me in fighting for progress for our planet and its people, in the inspiring spirit of Nelson Mandela. 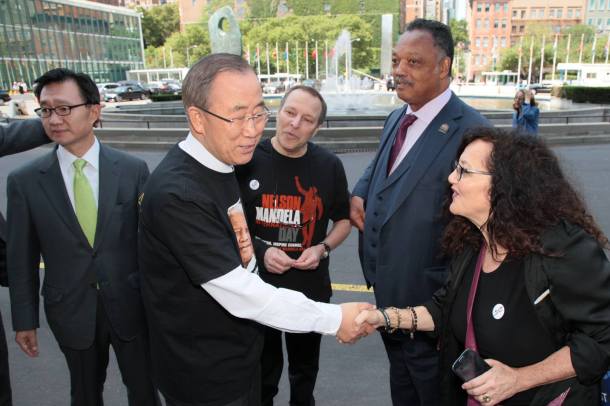