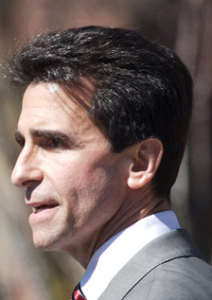 SACRAMENTO – The Assembly today passed two bills authored by Senator Mark Leno that provide protections and equal benefits to transgender Californians. The first bill, SB 703, prohibits state agencies from doing business with companies that fail to offer transgender employees the same health care coverage and benefits they provide all other workers. The second bill, SB 731, requires caregivers who are tasked with placing California foster youth in homes to take a young person’s gender identity into consideration when making this critical decision. Both bills return to the Senate for a vote on amendments taken in the Assembly before heading to the Governor’s desk.

“These important bills help ensure that transgender Californians of all ages are treated with dignity and respect under state law,” said Senator Leno, D-San Francisco. “SB 703 closes a loophole in California law that allows companies contracting with the state to refuse equal health coverage. Denying equal benefits to employees at the same company based on their gender identity is harmful and wrong. SB 731 gives young transgender Californians a better opportunity to thrive in homes where they are fully accepted and supported for who they are.”

Both of Sen. Leno’s bills are co-sponsored by the National Center for Lesbian Rights, Equality California and Transgender Law Center.

“Denying a person’s gender identity at any age has lasting harm on our health, happiness, and ability to thrive,” said Kris Hayashi, Transgender Law Center’s Executive Director. “These bills take important steps to ensuring the state supports transgender people of all ages and respects our need to live as our authentic selves.”

SB 703 builds on existing California law that requires gender nondiscrimination in employee benefits. Specifically, it prohibits a state agency from entering into a contract in the amount of $100,000 or more with any company that does not offer equal benefits based on an employee’s gender identity. The bill passed the Assembly with a 44-20 vote.

“By ensuring that the state contract only with companies that provide equal benefits to their transgender employees, the state of California will save money and help reduce discrimination,” said NCLR Government Policy Director Geoff Kors, who drafted San Francisco’s landmark Equal Benefits Ordinance in 1996.

SB 731 provides direction to welfare workers and caregivers who are tasked with choosing an appropriate placement for a transgender child who enters California’s foster care system. While the Foster Care Bill of Rights gives all foster youth the right to fair and equal access to services and the right to be free from discrimination based on race, religion, disability, sexual orientation and gender identity, state law does not provide specific guidance on placing youth who are transgender. The bill passed the Assembly today with a bipartisan, 46-0 vote.

“SB 731 provides critical guidance to child welfare professionals by making clear that all children in foster care have the right to placements that are consistent with their gender identity,” said Shannan Wilber, Youth Policy Director for the National Center for Lesbian Rights.

“For transgender kids in foster care, SB 731 is vital to ensure placements where they will be safe, accepted and respected,” said Rick Zbur, Equality California’s Executive Director. “Collectively these two bills are significant advances for transgender people, and we applaud the Legislature’s leadership for moving these pivotal bills forward.”