San Francisco Pride has announced two of the winners for Community Grand Marshal and the organizational Grand Marshal for 2016 Pride Celebration and Parade to take place on the last weekend of June, 2016.

The 2016 Public and Member’s choice vote for Community and Organizational Grand Marshals for the 2016 San Francisco LGBT Pride Celebration and Parade, under this year’s theme, “For Racial and Economic Justice,” are Larry Yang, Janetta Johnson and Black Lives Matter. In due course, SF Pride will announce other categories of Grand Marshal and honorees.

Congratulations to these heroes – these are exciting choices: 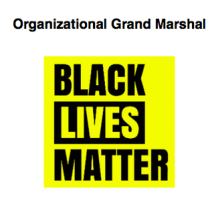 An international network of more than 30 chapters working for the validity of Black life, Black Lives Matter  (BLM) is working to (re)build the Black liberation movement and affirm the lives of all Black people, specifically Black women, queer and trans people, people who are differently abled, and those who are undocumented and formerly incarcerated. Centering on those who are marginalized within Black liberation movements, Black Lives Matter imposes a call to action and response to state-sanctioned violence against Black people, as well as the virulent anti-Black racism that permeates our society. #BLM

A teacher of meditation and mindfulness, Larry Yang is committed to serving multicultural, queer and activist communities. Playing a key role in the development of both the East Bay Meditation Center (EBMC) and the Insight Community of the Desert, Yang helped start a variety of long-running LGBTQI meditation groups in the Bay Area and beyond. He is on the Teacher’s Council of Spirit Rock Meditation Center and is a core teacher at EBMC. 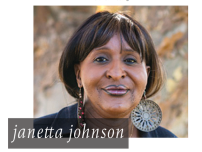 An Afro-American trans woman, healer and facilitator, Janetta Johnson is the Executive Director of the Transgender Gender Variant and Intersex Justice Project (TGIJP). Johnson’s experiences as a formerly incarcerated trans person have inspired and informed her work to affirm the value of black trans lives through media, education and community-building. She has developed grassroots re-entry programs designed to reduce recidivism, as well as building the organizing capabilities of trans and gender non-conforming communities of color.

Stay up to date at www.sfpride.org