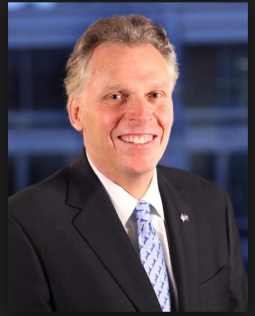 RICHMOND – Today Virginia Gov. Terry McAuliffe vetoed a bill that would have allowed businesses and individuals to cite their religious beliefs as a reason to refuse services to LGBT people.

In opposing the legislation, the governor said:

“Businesses and job creators do not want to locate or do business in states that appear more concerned with demonizing people than with creating a strong business climate. … We need only look at the damage these types of laws are doing in other states to understand the harm this bill could bring to our Commonwealth and its economy.”

Matt McTighe, executive director of Freedom for All Americans, released the following statement:

“Governor McAuliffe did the right thing today in opposing legislation that would have codified discrimination against LGBT residents of Virginia. In past weeks, we’ve seen significant opposition for similar laws in other states from businesses, professional sports teams, the entertainment industry, and Democratic and Republican electeds alike. It is becoming increasingly clear that no one in America should fear discrimination because of who they are or who they love, no matter where they live.”

In recent weeks, Republican-controlled legislatures and governors have vetoed or failed to move forward on similarly harmful legislation in states like Wisconsin, South Dakota, Georgia, West Virginia, and Oklahoma. An anti-LGBT law that passed last week in North Carolina has received significant national criticism from businesses and elected officials, including the state’s attorney general.

Note: Freedom for All Americans is the bipartisan campaign to secure full nondiscrimination protections for LGBT people nationwide. Our work brings together Republicans and Democrats, businesses large and small, people of faith, and allies from all walks of life to make the case for comprehensive nondiscrimination protections that ensure everyone is treated fairly and equally.