You are here: Home » Museveni will rely on quackary to sign Anti-Gay Bill

Museveni will rely on quackary to sign Anti-Gay Bill 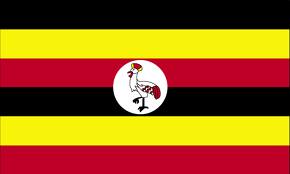 It is clear that Ugandan President  Museveni has pandered to the popularity of the Anti-Homosexuality Bill amongst the Ugandan MPs of his ruling NRM Party, to the detriment of Uganda’s LGBT community, as it is reported he will assent to as soon as he receives a copy. It is clear that the President made this announcement to accomplish points amongst his party as they re-endorsed his leadership of the party with added numbers. It is also clear that he has ditched the truth as it pertains to homosexuality in favor of the quackery and myth that has always served to underpin the basis for the new Bill which passed in the Ugandan Parliament in December, 2013.

Never has it been clearer that gays in Ugandan have indeed been used as scape goats and political tools.  Museveni has played the world for fools and all along led us to believe that he may have a moment of insight around this Bill’s insidious basis when he called for an investigation as to whether or not gays have a genetic predisposition to being homosexual or if being gay is purely deviant behavior through choice.

Now it seems, according to local reports, that Museveni has chosen the mythological and ignorant route, ignoring recent scientific studies and the letters of some 60 world renowned world authrorities and experts on the subject.

For those of us who believe he does in truth know better, we realize that the dictator has done nothing more than play political ping pong to fatten his dictatorship at the expense of Uganda’s gays, all the while diverting his political party’s attention from his corrupt government and the languishing poverty of his people.

Ugandan New Vision, is reporting the reliance on the quackery and junk science as follows:-

In a twitter message, Ofwono said Museveni would give the nod to the bill “after 14 medical experts presented a report that homosexuality is not genetic but a social behaviour.”

A Ministerial Committee comprising of scientists from Ministry of Health and Makerere University was set up to study homosexuality and genetics in human beings and advise the President and the NRM Caucus on the subject of homosexuality.

He added that “Ugandan traditionalists, religious leaders & politicians have been urging Museveni to sign the Bill. (Those) Supporting homosexuals take it easy Uganda is a sovereign country, you challenge the law in the courts.”

“The NRM caucus has welcomed the development as a measure to protect Ugandans from social deviants,” Opondo added on twitter.

A ten-day MPs’ retreat ends tomorrow, with the selection of three parliamentary commissioners. The NRM caucus earlier in the week endorsed President Museveni as sole candidate for the NRM.

The path is clear now and LGBT Ugandans are scrambling for cover, as what once seemed so unlikely could happen sooner than expected,.

It is believed that The Minister of Ethics and integrity will use his Hitler-like list to target known gays, for arrest.  We are hoping that the Ugandans are indeed at the ready to fight the Constitutionality of the Bill. In the meantime we at PCI Justice have Schindler like list of Ugandan LGBT people seeking to leave the country.

WHAT CAN YOU DO TO HELP:

1. If anyone would like to contribute to our RESCUE FUND donations are critical at this time- These are NOT tax deductible – to a Paypal account at [email protected]   One hundred percent of the money received will go directly to the support and rescue of Ugandan and Nigerian and possibly other African LGBT refugees or asylum seekers.

2. Call for immediate Boycotts of everything Ugandan and Nigerian

4. Call your Congressional Rep and ask if they are aware if this law and what steps they are taking in Congress against Uganda and Nigeria

We will keep you posted with more actions in due course

Is this real or mere political pandering to increase his leadership popularity ? By Melanie Nathan, February 14, 2014. Unconfirmed reports are coming in from Uganda from our sources on the ground asserting that President Yoweri Museveni had said at a the NRM retreat that if the Anti-gay Bill was put in front of him, […]

And the Renewed Interest in Genetic Factors in Homosexuality  By Melanie Nathan, February 14, 2014. In an article posted by Warren Throckmorton, it is revealed that papers in Australia and the UK published stories late yesterday about a study recently described at the 2013 International Association for Sex Research by Alan Sanders and then yesterday by […]

Ugandan MPS and Museveni Want to Stop Bail for Sodomy

Jail and no Bail Museveni’s Valentines Day gift to gays is making it worse for those who may try and escape persecution when arrested under unjustifiable and unconsitutional laws By Melanie Nathan, February 15, 2014. Just when we thought things could not get any worse for Ugandan Gay people, President Museveni and his ruling Party […]

As Kenyan’s stand poised to be one of the few countries in the region to consider tolerating diversity with a wider acceptance of LGBT people, By Melanie Nathan, February 1o, 2014. While gays and lesbians around the world are protesting the passage of the Anti-Homosexuality Bill, Uganda’s Kuchus are seeing solidarity and support expressed by […]

Posted by Melanie Nathan, Feb 09, 2014. In the continued controversial drama of the Ugandan Anti-Homosexuality Bill,  an open letter appeared this week in a Uganda newspaper, sponsored by more than 60 doctors and eight organizations, in the context of President Museveni’s inquiry on homosexuality, as to whether or not it is an abnormality worthy […]

In a February 3 letter to Uganda’s President Yoweri Museveni, over 200 researchers and mental health professionals from around the world joined together to provide a statement of scientific consensus regarding sexual orientation. The letter was in response to Museveni’s call for evidence regarding choice of sexual orientation as he deliberates about his response to the Anti-Homosexuality Bill. Read more

You are here: Home » Search results for “myths uganda”

By Melanie Nathan, January 09, 2014. The Ugandan parliamentary cabinet chaired by Prime Minister Amama Mbabazi has agreed at a meeting in Kampala to hold a NRM (party) parliamentary Caucus meeting to review the recently passed Anti-Homosexuality Bill and determine its position. It is clear that the ruling party and cabinet realize that the Bill […]