Washington, D.C. — The National Gay & Lesbian Chamber of Commerce (NGLCC), the business voice of the LGBT community, is excited to announce that New York State Senator Brad Hoylman (D-Manhattan) has introduced legislation to bring contracting and procurement opportunities to the estimated 86,000 LGBT-owned businesses in the state. When passed, the New York State Supplier Diversity Act will also include businesses owned by veterans and those with disabilities in the state’s nearly $250 Billion dollars spent on contracted goods and services.

For New York’s LGBT citizens, this policy will provide fair and equal access to business contracting opportunities, which in turn fuels innovation, creates jobs, and drives economic growth. All this drives down prices and saves taxpayers millions of dollars annually.

“Nothing says ‘Ever Upward’ like New York leading the way in equality by creating greater access to the American Dream.  By offering New Yorkers who are LGBT or with disabilities an equal seat at the table, the New York State Supplier Diversity Act has the power to economically advance diverse communities,” says NGLCC Co-Founder & CEO Chance Mitchell. “Economic visibility, just like social visibility, is essential in building a diverse and inclusive society, as we have previously demonstrated in our work with the Fortune 500, federal agencies, and the states of Massachusetts and California.”

“New York State currently has more than 50,000 contracts worth nearly $240 billion a year.  The success of our state’s Minority and Women Owned Business Enterprise program has demonstrated that our state has an opportunity and responsibility to leverage those tremendous resources to ensure a seat at the table for those who remain underrepresented in state contracting or the business world. The Supplier Diversity Act will make New York a true engine of economic development, creating jobs and opportunities for the LGBT, disability and veteran communities,” said Senator Brad Hoylman.

NGLCC, which is named as an officially recognized certification provider in this bill, serves as the exclusive third-party certification body for LGBT-owned businesses in the United States. Currently over 1/3 of the Fortune 500 recognize LGBT certification and seek these innovative businesses nationwide. 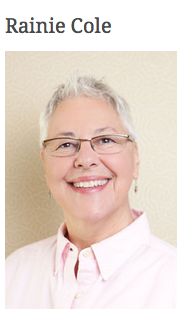 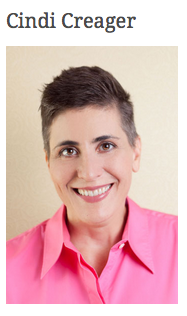 One of those businesses that will benefit from this law is CreagerCole Communications, a lesbian-owned NGLCC certified LGBTBE.

“Expanding New York’s supplier diversity pool will create huge economic opportunities for growing, lesbian-owned companies like ours,” said Cindi Creager and Rainie Cole, Co-Founders of CreagerCole Communications LLC. “As a certified LGBTBE in New York, we welcome the chance to do business with the state that we love and to bring our authentic selves to the negotiating table as we vie for contracts here. A victory like this in New York would be a great boon to our company and allow us to contribute to the Empire State’s vibrant economy.

Similarly, the US Business Leadership Network (USBLN) is named for its certifying role in the disability business community:

“We are happy to see New York lead the way for including people with disabilities in their state supply chain,” said Jill Houghton, Executive Director, USBLN. “There are an estimated 57 million Americans with disabilities and around 11 percent of persons with disabilities who are working are self-employed. Our certification process is a critical tool to assist disability-owned and service-disabled veteran-owned businesses gain access to supply chain contracting opportunities. This advocacy will pave the way to create economic growth and business viability for men and women with disabilities across New York state. Our partnership with NGLCC is a great example of diverse communities working together to strengthen both corporate and governmental supply chains. We hope this New York legislation will become a shining example for other states across the nation.”

“This historic legislative opportunity in New York offers other states—and the entire federal government—a replicable framework to promote the intentional inclusion of certified LGBT Business Enterprises into their procurement and contracting codes. We thank Senator Hoylman for his continued leadership on behalf of all diverse communities in New York.   As we saw with the over 200% increase in LGBTBE certifications following California’s AB1678 mandate, we expect a major increase in applications for job-creating, economy-innovating LGBT businesses throughout the State of New York.”

The NGLCC Supplier Diversity Initiative was inspired by the National Minority Supplier Development Council and the Women’s Business Enterprise National Council, the nation’s largest certifying bodies for minority- and women-owned businesses. The importance of LGBT supplier diversity was recognized in 2012 by The Human Rights Campaign (HRC) as a piece of the Corporate Equality Index.

LGBT business owners interested in the certification process can find information and an application at www.nglcc.org/get-

The National Gay & Lesbian Chamber of Commerce is the business voice of the LGBT community and is the largest global not-for-profit advocacy organization specifically dedicated to expanding economic opportunities and advancements for LGBT people. NGLCC is the exclusive certification body for LGBT-owned businesses. www.nglcc.org