You are here: Home » NEWS » Law
Archive | Law RSS feed for this archive

Sitting in the dock, shackled in chains, a murdering rapist awaits his fate.  By Melanie Nathan, July 31, 2015. Thabo Molefe, 47, has been sentenced to a concurrent 22 years for murder and 12 years for raping Lihle Sokhela, 28, a lesbian from Daveyton, Gauteng, South Africa. A large group of lesbians and supporters descended […]

9.5M LGBT Adults in U.S. would be Protected under New Equality Bill

Public opinion polling indicates that 78% of Americans support federal protections from discrimination for LGBT people. Posted by Melanie Nathan, July 23, 2015. According to the Williams Institute, The Equality Act, introduced today in Congress, would ban discrimination based on sexual orientation and gender identity in employment, housing, public accommodations, education, credit, federal funding and […]

The Message is Clear: Get to know us before making laws against us. The Evangelical Network (TEN), an association of lesbian, gay, bisexual, transgender, and straight Christians held its annual conference this year in Indianapolis, culminating in a march and prayer vigil held at the steps of the Indiana Statehouse. LGBT and Straight evangelical Christians […]

A shidduch – Rick marrying Rick is indeed acceptable but not in the way they use it! By Melanie Nathan, July 05, 2015. Republican presidential candidate and former U.S. Senator Rick Santorum (R-PA) was the keynote speaker at the 2nd Annual National Organization for Marriage (NOM) gala in Washington, DC. – not an unusual venue […]

America Has Marriage for All | History Made in Landmark SCOTUS Decision Melanie Nathan, June 26, 2015 There is no union more profound than marriage and now the Supreme Court of the United States of America  has ruled that every single person in the USA have an equal right to marriage! This morning at 10.00 […]

Why the Irish Vote in favor of marriage equality is so important to Homophobic Countries  and leaders perpetuating lies about LGBTI people By Melanie Nathan, May 24, 2014. Ireland has become the first country in the world to legalize marriage equality by popular vote in a national election. On Friday, May, 22, 2015, Irish voters […]

Posted by Melanie Nathan, May 21, 2015. I am posting this Williams Institute report which links to the UNHRC Report.  What stood out for me important to note in this report is the recommendation – “One recommendation asked the U.S. to ensure that religious exemptions are regulated to protect the human rights of LGBT people.”  What […]

New Rules for Affordable Care Act Implementation Are an Opportunity to Eliminate LGBT Discrimination in Health Care Posted by Melanie Nathan, April 30, 2015. Washington, D.C. – The implementation of the Affordable Care Act is changing the health care landscape for millions of people, including for many lesbian, gay, bisexual, and transgender, or LGBT, Americans. However, […]

By Melanie Nathan, March 26, 2015. Members of the entertainment industry and technology giants are reacting to the new Indiana law which condemns LGBT people to certain discrimination. Religious Freedom Restoration Act  was passed by a strong majority in the legislature, and  signed today by Indiana Governor Mike Pence, despite pleas from the business industry […]

Seeking declaratory Relief before Title and Summary is Issued By Melanie Nathan, March 25, 2015 An intense backlash has developed against Huntington Beach lawyer Matt McLaughlin, who wants to qualify a Ballot initiative calling for the murder of gays for the statewide ballot in November 2016. California Attorney General Kamala D. Harris today issued the […]

We urge all Indianans to contact Governor Pence at 317-232-4567 to ask him to veto this unprecedented attack on religious liberty. Posted by Melanie Nathan, March 23, 2015. Governor Mike Pence (R-Indiana) is being urged to veto SB 101, a piece of legislation that would be one of the most anti-LGBT laws in the […]

By Melanie Nathan, March 13, 2015. The Transgender Legal Defense & Education Fund (TLDEF) strongly denounces new proposed legislation in Texas that singles out transgender people for harsh discrimination. Introduced by Republican State Representative Gilbert Peña on March 10, House Bills 2801 and 2802 come on the heels of a string of bills targeting transgender people, including a prior […]

By Melanie Nathan, February 27, 2015. A new 27 page report has been published indicating grave violations and human rights abuses in Uganda by Ugandan Police towards people arrested under suspicion of being LGBTI. The report categorically notes that the Ugandan police harass and physically abuse gay (LGBTI) people in custody. Chapter Four Uganda documented […]

By Melanie Nathan, February 24, 2015. The Transgender Legal Defense & Education Fund (TLDEF) strongly denounces proposed bills in Texas and Florida that would make it a crime for transgender people to use restrooms and other public facilities consistent with who they are as men and women. The discriminatory Texas legislation (HB 1748) was introduced […]

Why Obama has won on the Immigration EO

Republicans roll off the Hill, while Democrats traverse Mt. Everest By Melanie Nathan, February 17, 2015. Republicans would be calling the Judge who barred President Obama’s Immigration Executive Orders ‘an activist Judge’ – albeit tit-for-tat – indeed he may be – but did the Judge fall into a trap? Do we really think the appeals […]

The guise of so called “corrective” rape against lesbians are hate attacks by men who believe woman are there for their use! By Melanie Nathan, January 28, 2015. The trial of two men accused of raping a lesbian, to supposedly “correct” her sexual orientation commenced in the South African city of Port Elizabeth, Wednesday. The […]

Melanie Nathan, January 22, 2015 The Ugandan Refugee Law Project (RLP) which works directly with refugees and asylum seekers in the refugee settlements was suspended on 14 March 2014 following allegations that RLP was promoting homosexuality under the guise of human rights promotion and protection. This suspension was subsequently extended to their offices in Kampala […]

By African HRC, January 21, 2015. The American Lesbian, Gay, Bisexual and Transgender community is thanking President Barack Obama this morning for his historic inclusion of all LGBT people in last night’s State of the Union address before the US Congress, the American people, and the world. This is the first time that Transgender people […]

Current Statistics thanks to Williams Institute By Melanie Nathan, January 16, 2015 The U.S. Supreme Court announced today that it will review the constitutionality of bans on same-sex marriage in Michigan, Kentucky, Ohio, and Tennessee. The Court’s ruling is expected in June 2015 and will likely impact not only the same-sex couples in these four […]

As the Commonwealth enacts law to improve housing and services for homeless youth… By Cathy Kristofferson, December 31, 2014. Two years ago, on January 1st 2013, I posted here on OBLOGDEE about the ongoing plight of homeless queer youth. Every now and then that post gets renewed interest when someone quotes and/or links to it. That happened again […]

…and the letter from Santa tells Chad why! 12/24/2014 By Cathy Kristofferson. Santa Claus asked the members of 1AngryOldLesbian.org (1AOL) if they wouldn’t mind delivering a letter to the Human Rights Campaign (HRC), and they merrily agreed. Though the weather outside was frightful, their spirits were high as they donned their rainbow Santa hats while listening to the […] 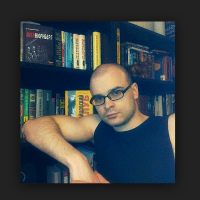