You are here: Home » NEWS » AIDS/HIV
Archive | AIDS/HIV RSS feed for this archive

Open Letter to HRC Calls to Partner on AIDS/HIV Issues By Melanie Nathan, February 11, 2015. February 11, 2015 – New York, NY – The AIDS Coalition To Unleash Power (ACT UP) released the text of an open letter to Human Rights Campaign (HRC) as a follow up to its protest of HRC´s gala held on […]

Peaceful Protest attracts curious tourists, reporters and Castro community By Melanie Nathan, January 31, 2015. About 2 dozen LGBT activists from San Francisco and community members held a vigil outside the San Francisco Human Rights Campaign (HRC) souvenir store in the Castro today. The gathering, which took the form of a sidewalk noon brunch, outside […]

New York and San Francisco By Melanie Nathan, January 29, 2015. The AIDS Coalition To Unleash Power (ACT UP) and other HIV activist organizations will converge to protest the neglect of the AIDS crisis by mainstream LGBT organizations at the annual self-congratulatory gala held at the Waldorf Astoria in New York City by Human Rights Campaign […]

Melanie Nathan, January 22, 2015 The Ugandan Refugee Law Project (RLP) which works directly with refugees and asylum seekers in the refugee settlements was suspended on 14 March 2014 following allegations that RLP was promoting homosexuality under the guise of human rights promotion and protection. This suspension was subsequently extended to their offices in Kampala […]

A President and His Tacit Call to Kill Gays with little to no help for survival By Melanie Nathan, September 09, 2014. Under The Gambian law Homosexual acts are punishable by up to 14 years to include men and woman. However now the law has bee amended to include so called “aggravated homosexuality” with terms […]

June 16, 2014 Dr. Rockefeller Critical to Launch of Medical Humanitarian Organization in the United States Doctors Without Borders/Medecins Sans Frontieres (MSF) was deeply saddened to learn of the tragic death of Richard Rockefeller, Ed.M., M.D., who died on June 13, 2014, when the single-engine plane that he was piloting crashed outside of Westchester County […]

Posted by Melanie Nathan, May 01, 2014. has provided the English translation for the March 22, unanimous Resolution of the Belgian Parliament regarding Uganda’s Anti-Homosexuality Bill which was made official law of Uganda on march 10, 2014. WE REQUEST THE FEDERAL GOVERNMENT: 1. to emphasize the importance of respecting sexual orientation and gender identities in […]

By Melanie Nathan, April 28, 2014. It is clear that the Ugandan government is doing everything that the Hitler Government did – that which preceded the holocaust. As if the scapegoating and Anti-Homosexuality Bill is not enough, now the Ugandan Government is looking to close loop-holes in its new already onerous law, which became law […]

Uganda Beautiful Uganda is Aid cut helpful or not?

By Melanie Nathan, April 11, 2014. Uganda ah Uganda – may you live free one day for your people – all of them are truly beautiful and deserving. May the haters and political opportunists find their peace too – Museveni, Ssempa, Bahati, Kadaga! Here is some food for thought: HERE is an article as it […]

By Melanie Nathan, April 10, 2014. Michele Sidebè of UNAID warned Uganda before the enactment of the Anti-Homosexuality Bill that its policies could lead to disaster for all Ugandans when it comes to HIV/AIDS research prevention and services. We had a glimpse of the unfolding disaster last week when the Walter Reed Research project was […]

Can Someone Please Tell The Ugandans Its Impossible to Recruit Gays

BY Melanie Nathan, April 09, 2014. To Team Museveni, Bahati, Lokodo, Kedaga and the rest of you who do not understand homosexuality, and support putting gays in prison forever. PART 1 We are not soldiers. We cannot be recruited! We are human beings. We do not choose our sexual attractions. We are attracted. We cannot […]

More LGBT Ugandans placed at risk of death while Project left with no choice but to suspend activities By Melanie Nathan, April 4, 2014. According to a Ugandan Government spokesperson, and confirmed by an OBLOGDEE source at the scene, as well as AP reports, the Ugandan police raided The Makerere University Walter Reed Project in […]

Marin launches outreach campaign to engage residents in response to HIV/AIDS San Rafael, CA – Greater than AIDS, the leading national public information response to the HIV/AIDS epidemic, has launched its Speak Out Campaign in Marin to encourage open communication about HIV in relationships and in the community. Printed ads will be displayed in mall […]

A witness to government persecution of gays in Uganda Posted by Melanie Nathan, written by JP Conly, January 23, 2014. JP Conly and I were in communication when he was in Uganda late last year. He was  able to make contact with members of the Ugandan LGBT community while working as a nurse volunteer. Here […]

By Cathy Kristofferson, January 16, 2014 A demonstration against Uganda’s so-called Anti-Homosexuality Bill (AHB), better known as the Kill-The-Gays Bill, has been called for this Saturday in Amsterdam by Out & Proud Diamond Group. Out & Proud Diamond Group was founded by African LGBTI and Human Rights activists fighting for equality for all. Last week the […]

Posted by Melanie Nathan, January 06, 2014. Michael Petrelis, LGBT activist from gays without Borders, Blogger on Petrelis Files and one of the original ACT-UP co-founders, reports this heartbreaking story on his blog today. Carl Goodman, one of the original ACT-UP co-founders committed suicide in Rhode Island yesterday. We extend our heartfelt sympathy to Mario, […]

Uganda’s Anti-Gay law could halt HIV/ AIDS programs among sexual minorities | A Call to Action by Spectrum Uganda Initiatives  By Melanie Nathan, January 05, 2013. During 2013 Spectrum Uganda Initiatives Inc. provided health care and related services to Uganda’s LGBTI and HIV/AIDS community. The group reached close to 500 men who have sex with […]

“Finally we want to assure you that despite this setback we are not broken AND never will… We refuse to be marginalized!” By Cathy Kristofferson, December 23, 2013 Following the passage through Parliament of The Ugandan Anti-Homosexuality Bill, the LGBT community held a Press Conference today, which was reported here on OBLOGDEE, earlier. Here is the Ugandan Coalition’s […]

On International Transgender Day of Remembrance ZIMBABWE’S GALZ Pays Tribute to Naoimi Posted by Melanie Nathan, Nov. 20, 2013. We pay tribute to Naomi, Zimbabwe’s very own trans woman who championed the struggle for LGBTI rights in so many ways. She came out at a time when there was very little to no information on […]

Outrage as basic rights are infringed  By Melanie Nathan, November 15, 2013. Samuel K. Ganafa,  Executive Director of Spectrum Uganda Initiatives and Board Chairperson of Sexual Minorities Uganda (SMUG), was arrested on Tuesday November 12, 2013.  He had reported to Kasangati Police Station on the outskirts of Kampala pursuant to a phone call from the […]

Five men detained without cause By Melanie Nathan, November 14, 2013 Samuel K Ganafa, The Executive Director of Spectrum Uganda Initiatives and Board Chairperson of Sexual Minorities Uganda (SMUG), was arrested on Tuesday November 12, 2013.  He had reported to Kasangati Police Station on the outskirts of Kampala pursuant to a phone call from the […]

I AM WONDERING when we are going to hear more about this travesty from international activists. Has Russia put us to sleep on Africa? Usurping all our outrage for the human right infractions against LGBT people in Africa? By Melanie Nathan, September 13, 2013. The Lusaka High Court has ruled that trial should commence in […]

By Melanie Nathan, August 20, 2013. In an unconscionable gross misrepresentation and twist of wording the press in the African country Ghana is seizing on the words of the UNAIDS (United Nation’s AIDS Organization) to further demonize homosexuality and local LGBTI people. Following a conference in Abidjan Cote D’Ivoire, as reflected in the  example of […] 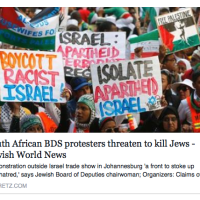 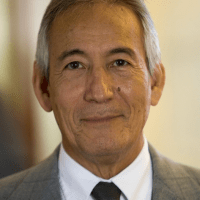 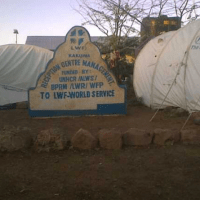