As I write this it has come to my attention that Trump has been sworn in and within minutes the Department Of Labor has removed all reference to LGBT equality while the White House has removed reference to climate change from their respective websites….

I was awakened this morning at about 4.00 am by the formidable and unusual crash of thunder. In twenty plus years living in Marin County I do not recall being roused to such tempestuous a commotion.  My mind jolted at the realization that today is Inauguration Day, when America will swear in the 45th U.S. President, one whom many of us believe to be illegitimate, or unqualified.  I grabbed my I-Phone and posted on Facebook:

Boom boom boom – the unfamiliar crash of thunder just sounded it’s Godly alarm here in Marin County, California, as the skies opened- pouring mother nature’s tears on an already soaked unIverse!!?!? Is this an omen – a reprimand – is G-d pissed off .! Look at what mankind has done to itself -culminating in this day of doom – as a gloating pussy-grabbing thieving greasy palmed demagogue steals the seat designated for the most powerful human in the world – ⚡️⚡️⚡️⚡️⚡ Dang it never thunders here in Marin – and the skies just sounded the alert… Could this hailing in of Adolf Caligula be more dramatic?

I went back to sleep and when I awoke several hours later, turned my television set to the Cartoon Channel and then to watching Venus Williams at the Australian Open, determined to boycott all coverage of Trump and the hateful platform which he represents.

I reflected on my fears for our LGBT,  Immigrant, Muslim, Disabled  and economically strapped communities and realized that we are bracing for a storm like none other – what does today mean to us:

Will my neighbor be thrown out of the country, while her daughter is left to fend for herself?

What will happen to all the millions of undocumented immigrants and their  families?  Will my friend’s son be taken away in shackles from school as DACA is tossed aside?

Will I lose my health care never to find insurance coverage as a cancer survivor? How will we cover my college student daughter’s health insurance? What about all those people in our communities who depend on The Affordable Care Act (Obamacare) for their health coverage, or their reproductive and HIV needs?

What about our Muslim community?

What will happen to the LGBT community and the ongoing fight for full equality, the possible roll back of DADT and other issues  as threatened by the likes of Trump and Pence and a homophobic Cabinet and Congress?

And lest we forget women and the disabled?

Will I show up again at my local Jewish Community Center and synagogue to find yet another bomb scare or a swastika strewn on the wall at my child’s school?

My mind swirled with the endless questions engendered by the Trump promise of rollbacks and the hate unleashed through the license provided by his campaign. The uncertainly is mind boggling. The fight ahead feels grave with many of us determined to resist at whatever cost to our personal freedom and safety.

As I write this it has come to my attention that Trump has been sworn in and within minutes the Department Of Labor has removed all reference to LGBT equality while the White House has removed reference to climate change from their respective websites:

The themes that I feel critical to our future survival as members of minority communities:

Trump is not my president.

I refuse to ever normalize Trump’s Presidency: 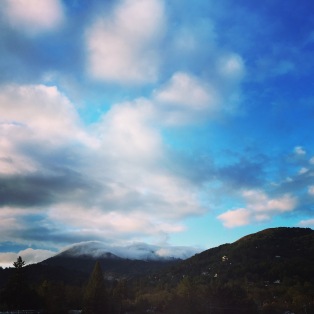 As time goes on I am going to explore and elucidate these themes on this BlOG.  I vow to continue my fight for equality,  my LGBT asylum and refugee work at African Human Rights Coalition. I will speak out and I will resist. I will take action. I will protest.  I will continue to work hard as Vice President on the Board of San Francisco Pride – as our Pride must now be displayed with extra vigor and unyielding tenacity.

With this alI said I know it will not be all cloud, and we will see and enjoy those sunny days again –  and so in comradeship I invite you to share your personal thoughts with me at [email protected]