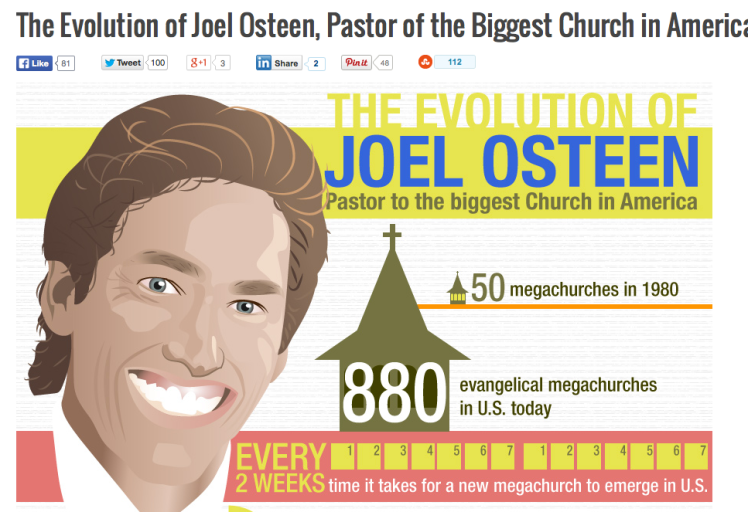 The Public Relations representative of Joel Osteen* sent a huge Timeline Memograph asking me to post it here on my BLOG. It was titled “The Evolution of Joel Osteen.”  I read it and all it did was brag about how he has evolved into the biggest Church in America, how he has sold many millions of books and how he is impacting the rest of the world, including Africa.

But has anyone heard Osteen and his ministry speak out against the anti-Gay fervor in Africa, generated by the export of Christianity? Now one may argue that it was not Osteen’s brand of Christianity which hit the streets of Africa and that it was not his Church or denomination which caused the anti-homosexual fervor, and the current new laws that target LGBT Africans for condemnation, through arrest and persecution. However, one can argue that each and every Church, notwithstanding its brand or form, has a duty to speak out very loudly to vehemently condemn the new laws in Uganda. 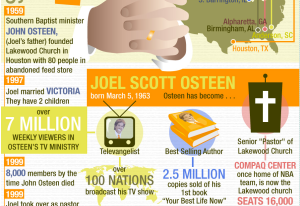 People like Osteen have had five years to intervene, since we first learned of the pain caused in the name of Christianity, to Africa’s LGBT community, and yet there has been very little to zero outreach, be it quiet diplomacy or noisy protest. And now look at what is happening.

A great amount of publicity has been in mainstream press speaking to the genesis and evolution of the hate in Africa, touted in the name of Christianity. Yet people like Osteen have not only failed to speak out forcefully or at all against it, thereby failing the LGBT populace, but they have actually failed Christianity itself, allowing this type of anti-gay sentiment to prevail, and to such a fever-pitch extent – all in the name of Christianity.

Yes, I assert that Osteen’s silence hurts, not only gays, but also Christianity. Especially since Osteen is now bragging that he has the largest ministry in America, and since he now asserts its growing influence in Africa.

Since President Museveni of Uganda and President Jonathan of Nigeria signed their respective Jail the gays Bills, Osteen and other mega pastors have not been seen or heard of on the issue.

In case they do not know, here is the result: –

Tabloids are outing gays, lesbians, bisexual and transgender people and others perceived as such,  and people believe they have license to attack in the name of Christianity. Christian families, neighbors, employers and landlords are seeking retribution against this small minority and the wrath is palpable. People are in fear for their lives and have gone into hiding, with little to no resources. We now have hundreds of gays that we know of and possible many more, an entire country of LGBTI people, scrambling into hiding, some already lynched and beaten, and all are struggling to find shelter and food. Many want to leave their countries and have nowhere to go.

Now Osteen are you ready to talk EVOLUTION?

And all the while this so called ‘Christian Nation,’ ( as per President Yoweri Museveni, himself,) has done little more than perpetuate the persecution. And Osteen’s evolution by virtue of its silence on the issue and bragged influence, is complicit.

*And the Public Relations Office of  Christian College promoting Joel Osteen has the audacity to ask my BLOG – which stands for Human Rights and advocates against the persecution – to publicize Osteen’s Evolution?

Here was my response:

What has Joel Olsteen and his Christian Ministry said or done about the export of hate by Christians to Africa against the target gay group?  – Now That would be an evolution right?

Have you read my BLOG and the nature of its work?

I fight Christians and others who export hate to Africa – and now I will fight those who do not speak out vehemently against it.

Has Osteen come out and spoken against the Jail the Gays bills – the handy work of Christian Evangelicals in Africa- namely Uganda and Nigeria.

Do not speak to me about the evolution of Osteen until he has the guts to speak out very LOUDLY in the name of Christianity to thwart the anti- gay fervor in Africa.

People are dying in Africa right now – all LGBTI – in the name of Christianity and you want me to promote it further?

Osteen can brag as much as he likes about his church, but until he does something concrete to undo the harm of Christianity, albeit other denominations, as far as I am concerned he is complicit.

Please note –  I understand it is the fringe group of Evangelical extremists that have exported this form of hate. However what people need to know is that while the people in Africa have responded to  that fringe notion, as exported, to promote the anti-gay laws and to persecute, to them it is simply “Christianity.”  So all this persecution is being done in the name of Christianity, without any regard for the fact that it may be fringe. This places a much larger duty on the “good” Christians to come forward to counter the harm.

Lest we forget that part of the brag that speaks to money. How about Osteen hit up his membership for the much needed dollars to help Africa’s LGBT fight the harm perpetuated by Christianity,  on the Continent.

We have 37 Ugandans and other Africans from Cameroon, Angola, Gambia and Kenya – persecuted, traumatized, in fear and who are in hiding who we are providing direct support to at this time. PLEASE consider making a donation. Our Indiegogo Campaign took 9% – If people donate directly via this paypal address, we can avoid a new campaign and provide 9% more to the survivors  of this LGBT persecution: