You are here: Home » What do we call Christians who call for death of Gays in the name of the Bible?

What do we call Christians who call for death of Gays in the name of the Bible? 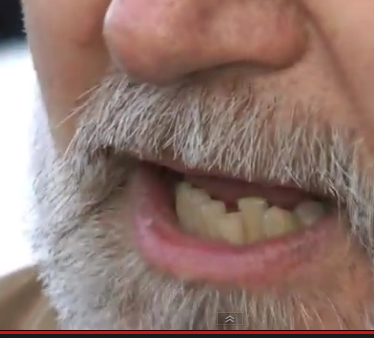 Well there are many of these types of people. I could write for a month pointing out their sites, Facebook pages, and the vitriol of the minority  that seems to be increasing as we achieve more and more progress toward equality. These people hate and they shoot their venom in the name of a Bible. A religion that ought to be respected, suffers its “bad name,” at the hands of its own. Oops!

I am not going to reveal the domain name of the site, simply because I do not want to give it the publicity or a link from my loving Blog. And the topic of the article to which these comments attach is not an issue to the point I am making here. Much of what is written in the article is erroneous and inflammatory, as they do nothing more than promote the hate of Scott Lively, the anti-gay pastor, whose actions served as the catalyst for the Kill the Gays Bill in Uganda.

What I have done is take screen shots of the vitriol and hate published in comments on the site, to show that Scott Lively does in fact incite hate, that he does in fact incite the persecution of gays, and that there are people in America who think that gays should be put to death.

Oh, and did I say this is a drop in the ocean from what I have seen?

All the people commenting profess to be loving Christians, of that you can be assured.

To my way of thinking their version –  extremism, touting death in the name of  religion, renders them “Christian Jihadists,” for want of a better term. While they are calling for violence to and the death of gays, here in America, in the name of the Bible, perhaps there may be a more worthy term that some may suggest. 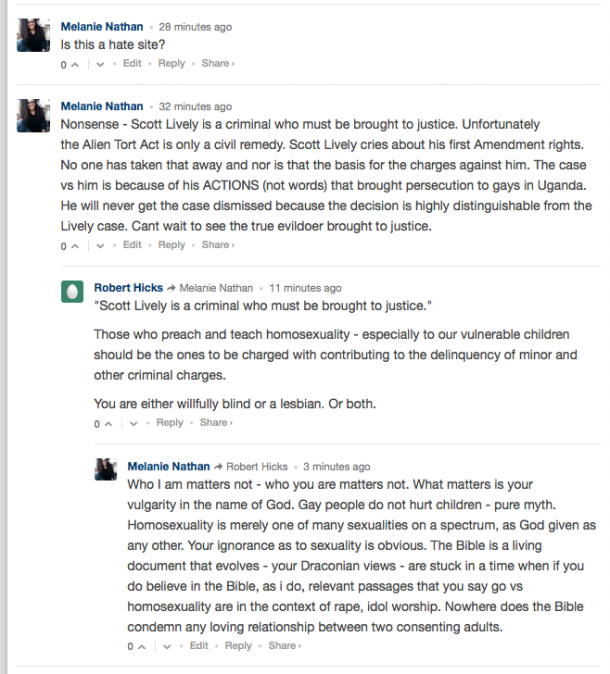 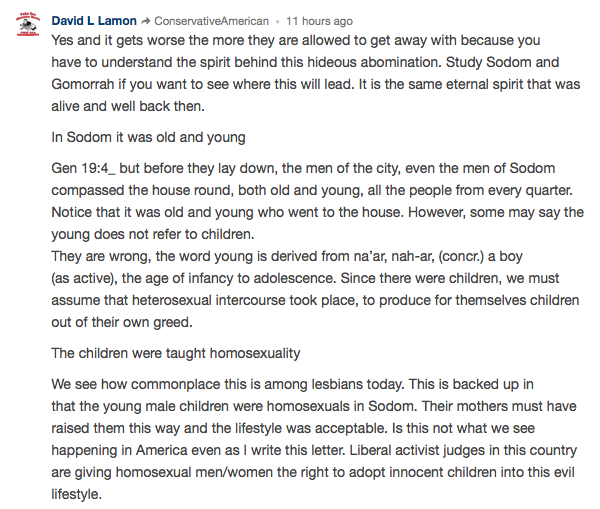 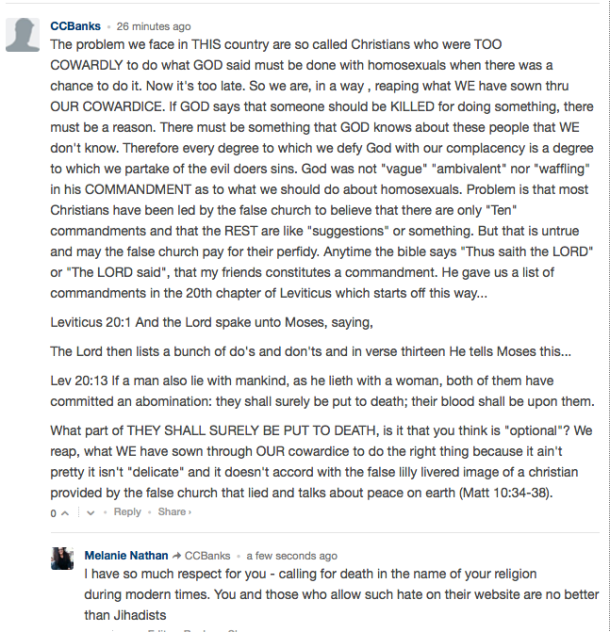 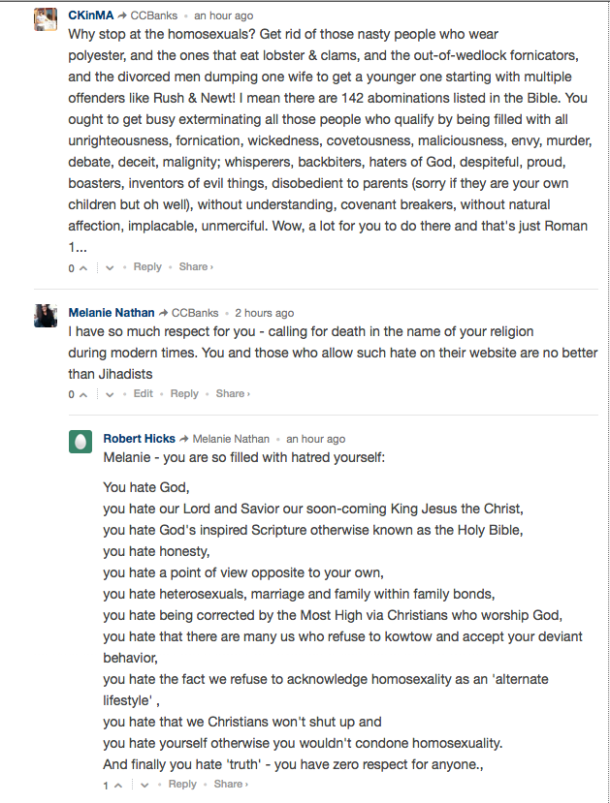