The Ugandan media has named the issue of homosexuality as a reason President Obama may have snubbed Uganda by not visiting that country while on his recent trip to Africa.  The President visited only two countries; Ethiopia and Kenya. I think that President Obama did not overlook Uganda. I believe that there was simply no reason for him to go there. However the Ugandan press is looking for ways to insert Ugandan into this story. Like a little kid left out of the game. Lets take a look!

The President went to Kenya, in a trip described as somewhat of a “homecoming” as he was visiting family and the homeland of his late father.   The Ethiopian portion was to address the African Union, and in doing so he was  the first U.S. president to speak at a session of the AU. In viewing these purposes,  one could hardly call the fact that he did not visit Uganda a snub or a failure. The President’s visit to Kenya turned out to be much more than a homecoming – but also an opportunity to embolden strategic partnerships with that country.

However, when it comes to overlooking Uganda,  we cannot ignore the fact that in his speech at the African union, President Obama launched a clear dig at Ugandan president Yoweri Museveni, amongst others,- and it was not on the issue of homosexuality, but rather the fact that Museveni is a flaming dictator. Indeed, Mr. Obama launched an attack, albeit in somewhat jovial fashion, against African Presidents who outstay their welcome.

“President Obama asserted that Africa would not advance if its leaders refuse to step down when their terms end: “Nobody should be president for life,” President Obama noted.  More can be read on this speech here.

In an article featured in the Monitor, the Ugandan press framed it in this way, and here is the full article:

“To understand why President Obama skipped Uganda, which is the most influential powerbroker in the region and instead visited its neighbour, one would have to first look at where he has been.

The last time a sitting US president visited was July 11, 2003 when George W. Bush met with President Museveni in Kampala. Before that, William J. Clinton had visited on March 23-25 1998, where he too met Mr Museveni along with the presidents of Ethiopia, Rwanda, Tanzania, Kenya, and the Congo.

Mr Obama has racked up numerous trips in his tenure; ranking high on the globe-trotting charts for US presidents and has so far been to Egypt, Ethiopia, Ghana Kenya, Senegal, Tanzania and South Africa. However, most notable of those countries is Senegal, Ghana and Tanzania. The three are considered amongst Africa’s most stable democracies.

When Mr Obama visited Senegal, he applauded its ability to hold free and fair elections.

Earlier in March 2015, Mwangi S. Kimenyi a senior fellow at the U.S. Brookings Institution’s Africa initiative, in the Quartz online digital news column, advanced three Africa countries that are ideal for the US president’s 2015 itinerary. “I propose that the president’s last in-office trip to Africa cover at least the following countries: Nigeria, Ethiopia, and Kenya,” he noted.

“Nigeria, is the most important country in Africa, and it is the country that has the most influence on the direction that Africa takes…Nigeria has, in recent years, undertaken major reforms that are helping stimulate the economy and shift away from an over-reliance on oil exports.”

He also argued that much as Ethiopia still lags far behind other countries in deregulating some key sectors of the economy — especially telecommunications, land markets, banking, and finance. That the country deserves a visit by president Obama leadership and Addis Ababa has demonstrated willingness to reform. “Although it remains work in progress, the reform process is on a positive trajectory, and is a good example for other African countries to follow. Second, the country is an important ally in the war against terrorism, and has been pivotal in efforts to neutralise al-Shabaab,” he said.

“The president should use an Ethiopian trip to visit the headquarters of the African Union, located in Addis Ababa. A visit to the A.U. by a U.S. president would be a significant endorsement of the role the continental organisation plays, and would, indeed, be the best forum for which to hold the next US-Africa Leaders’ Summit,” he added.

And finally Kenya; “As the country of president Obama’s father, Kenya must be included in the itinerary. Kenya has made major political and economic reforms in recent decades. It now has one of the most progressive constitutions in the world, and the implementation of this constitution is continuing steadily,” he noted.

So where is Uganda in all this?

However, State Minister for Ethics and Integrity, Simon Lokodo reiterated in a telephone interview that any hopes activists may harbor of change in stance should be dispelled with immediate effect as there will be none.

“We are very clear in our Penal Code which criminalises homosexuality. It is not a right and is a perversion we shall continue to fight,” he asserted.

“And even though the law has been suspended, it will come back. No exhibition by LGBT people and recruitment of persons into the act in Uganda.”
The above factors mentioned and put into consideration point to the US president finishing his term without setting foot in Uganda, a move that would have showcased the country just as it did for Kenya.

Ugandans can only hope that the next administration factor the nation in its plans.

A major sticking point between the Obama administration and the Museveni government has been last year’s anti-gay law which set in place the toughest sanction against lesbian, gay, bisexual, and transgender (LGBT) persons in East Africa.

When president Museveni assented to the Anti-homosexuality law – which defined homosexual acts as crimes punishable by life in prison –in February 2014, he drew great criticism from president Obama. The US president called the law a; ‘step backward for all Ugandans and reflected poorly on Uganda’s commitment to protecting the human rights of its people.’

“We believe that people everywhere should be treated equally, with dignity and respect, and that they should have the opportunity to reach their fullest potential, no matter who they are or whom they love,” he said in a statement on the white house website. “That is why I am so deeply disappointed that Uganda will shortly enact legislation that would criminalise homosexuality. The Anti-Homosexuality Bill in Uganda, once law, will be more than an affront and a danger to the gay community in Uganda.”

Though Uganda’s law was eventually declared void on a technicality, the anti-gay sentiment still remains and minority rights activists remain optimistic that the US president’s push for human rights will sway African leaders to re-think their stand on the matter.

“For most LGBT people in Uganda and the rest of Africa, Obama’s position on the protection of LGBT rights represents a level of protection and recognition,” noted Ms Clare Byarugaba, Coordinator Equality and Nondiscrimination program at Chapter four Uganda in an interview with the Daily Monitor. She said, “For such an influential leader to take a stand for the protection of the rights means that countries such as Uganda are less likely to legislate or institutionalise discrimination against LGBT persons.”

Not part of broader strategy

Ms. Irene Ikomu, Coordinator- Parliament Watch Uganda, foreign affairs analyst and a 2014 Washington Fellow, argues that it is not a snub per say but rather a difference in strategic focus that prompted Obama presidency to overlook a Uganda visit.

“Only five American presidents have made official state visits to Sub Saharan Africa. Of these, only two have made more than one trip: Bill Clinton and now Obama. Bill visited more countries in fact but the focus was on strategic diplomatic partnerships,” she says.

In her view, President Obama has been a bit more strategic in approach and his whole engagement with Africa has been around trade and investment, development and security.

“For example, the new ‘Power Africa’ five year project he launched in 2013 is working with about 10 or so countries to increase access to power with three regional hubs: Ghana for Western countries, South Africa for southern and Tanzania for eastern- hence the visits in 2013,” she explains.
“Kenya I think wasn’t visited in 2013 because of the ICC issues going on then. This time, Kenya was hosting the Global Entrepreneurship summit hence the visit and then Ethiopia for the political AU.”

Ikomu believes that though Uganda may be a power broker in terms of security, it’s not the current focus of the Obama government.

“President Bush, whose administration had a lot of interest in international security made a strategic visit to Uganda.”

She points out that any talk on Uganda’s controversial democracy dispensation or human rights record being an impediment to the Mr Obama visiting is immaterial.

“But he’s in Ethiopia right now, which has a horrible human rights record on a number of accounts. There were bloggers that were released just because the President was visiting,” she says.

“Kenya, which he has just left, has been accused of human rights violations in how they are handling terrorism too.”

For Ikomu, It’s strategic moves right now, and Obama’s focus in Africa is not political, it’s very much on economics.

“There is a huge demand for new sources of capital back home, in response to China’s big achievements here. Even these new partnerships with countries have a major partnership with American private companies,” she explains “Uganda shouldn’t take anything personally.”

I think that President Obama did not overlook Uganda. I believe that there was simply no reason for him to go there. And at the same time had there been a reason for him to go there, he may well have opted out . The reason was delivered by the clue in his speech at the AU. Obama clearly does not approve of Museveni’s 30 year reign. At the same time the U.S. and Uganda are strategic allies. However Museveni has been known to oppress opposition. An election is looming and Museveni has gone out of his way  – for want of a better term-  to ‘harass’ his opposition with unfounded arrests and detentions.  There is no way that President Obama would be seen to be supporting such behavior with a much prized visit. So no I do not think homosexuality has anything to do with it at all, notwithstanding the fact that we know President Obama vehemently disapproves of the Ugandan Governments treatment of its LGBTI citizens. 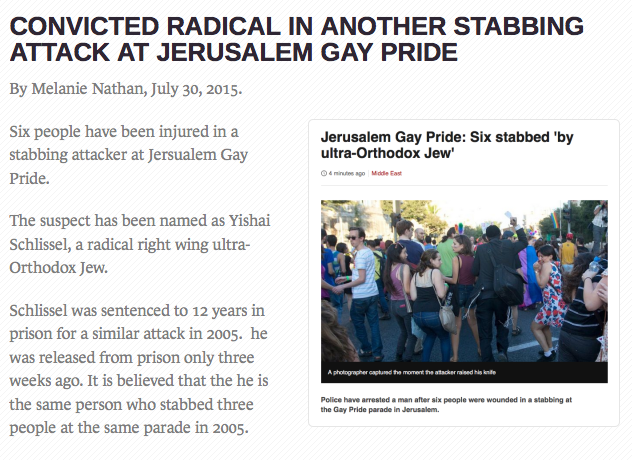 3 thoughts on “Did President Obama Snub Uganda because of its Anti-Homosexuality Stance?”