You are here: Home » Censorship of Gay PSA on Jamaican TV Goes to Supreme Court 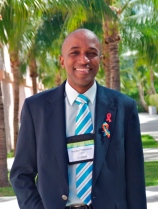 In October of 2012, two major television stations in Jamaica refused to run paid Public Service Announcements (PSA) asking Jamaicans to love and respect their fellow citizens who happen to be homosexuals.  Maurice Tomlinson, the legal advisor for AIDS-Free World, who appears in the PSA’s decided to take the stations to court for breaching his constitutional rights.  Tuesday he will get that day in court.

Jamaica’s Constitution, through its Charter of Fundamental Rights and Freedoms, guarantees the unique right to “seek, receive, distribute, or disseminate information, opinions and ideas through any media” and requires everyone, including corporations, to respect this right.

“The stations’ refusal to air the “Love and Respect” ad is totally arbitrary and reflects the growing dominance of the powerful fundamentalist religious right in dictating public discourse.”

Initially in 2010, the TV stations accepted payment and aired one PSA during prime time frequently over a 6-month period but then both of Jamaica’s major TV stations – CVM and TVJ – rejected two follow-on PSAs.  One of the stations cited the views of the church as critical to its original broadcasting decision as the reason for refusal of the second ad.

The first ad called on Jamaicans to live up to their national motto – “Out of Many, One People” – by respecting the rights of all Jamaicans, regardless of sexual orientation. It emphasized the danger of homophobia, which drives gay Jamaicans underground, away from critical HIV prevention and treatment.  This intolerance contributes to the fact that nearly one third of all Jamaican men who have sex with men are now infected with HIV.

The second ad, “Unconditional Love” which was produced by a coalition of groups working on LGBT rights led by J-FLAG the island’s chief LGBT organization, focused on the sharp increase in homelessness among Jamaican homosexuals who have been banished from their homes due to their homosexual status.   The PSA featured former Miss Jamaica World and Miss Jamaica Universe Christine Straw and her gay brother Matthew Straw.  This second ad was met with push-back by churches and the media.  The Jamaica Observer covered the launch with “Gay TV advert angers clerics – Part of a wider plan by militant homosexuals to desensitise Jamaicans“.

It reported that at the launch of the second PSA, one pastor observed:

“As innocuous and as innocent as that public service announcement might appear, it is part of a wider plan by militant homosexuals to gradually desensitise Jamaicans to homosexuality, so that homosexual behaviour and practice can become mainstream in Jamaica.”

It also reported that Rev Monsignor Kenneth Richards, rector at Holy Trinity Cathedral in Kingston, said “I don’t think we should tolerate it, we should object to it. I don’t think it should be broadcast.”  And thus ended gay-positive PSA’s on Jamaican TV.

At the time of the second ad’s launch, a survey had showed that 81.8 per cent of those interviewed attended church and 82 per cent felt that homosexuality was morally wrong.  That would explain why Time Magazine once called Jamaica “The most homophobic place on earth.” 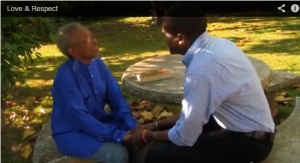 In February 2012, a third PSA “Love and Respect” which stressed tolerance, and avoided the ‘offensive message’ of pride (!), was submitted to both stations.  Instead of outright refusing to air the ads, the stations stonewalled for over 8 months which was not only an effective rejection, but also a way to ward off legal action at the time.  Maurice Tomlinson appeared as the gay man in the ad.  The refusal to air prompted him to sue on the grounds that his constitutional rights had been violated.

For the reason behind his filing, Tomlinson stated:

“With this challenge, we are deliberately and frontally exposing the media’s role in sustaining homophobia, which drives gay Jamaicans underground, away from HIV prevention, treatment, care and support interventions. Homophobia also prevents the government from properly targeting HIV services to the population most at risk. This contributes to a vastly disproportionate rate of HIV among Jamaicans: 32.9 per cent of men who have sex with men are infected, as against 1.6% of the general population.  And since homophobic laws and violent hatred also force some gay men to form relationships with women to hide their true sexual orientation, there is “bridging” between gay and straight HIV epidemics.  The consequence is nothing short of a nationwide public health crisis.”

Tomlinson filed his case in the Supreme Court of Jamaica which gives priority to constitutional cases.

His case begins May 27th.   We will be watching the Twitter hashtags #jamaica #tvchallenge for updates from court.

We are happy to report that Aids-Free World is also challenging the Jamaica Constitution, separately, that its explicit guarantee of the right to privacy found in the Charter of Fundamental Rights and Freedoms contradicts Jamaica’s preserved 1864 British colonially imposed anti-sodomy law.   The first hearing of that case will take place on June 25, 2013.

OBLOGDEE will cover this case closer to its hearing date.