You are here: Home » Outsports Persons of the Year Named

Outsports Persons of the Year Named 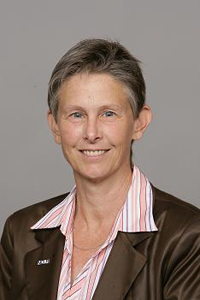 San Francisco — The National Center for Lesbian Rights’ Sports Project Director Helen Carroll and Gay, Lesbian and Straight Education Network’s Changing the Game Project Director Pat Griffin have been named by Outsports readers as the 2011 “Persons of the Year.”

Outsports made the announcement today, noting that Carroll and Griffin’s joint efforts to advance equality for lesbian, gay, bisexual, and transgender athletes is unparalleled and much of the progress that has been made in athletics can be traced to the work the pair have done over the years.

According to Outsports: “You’d be hard-pressed to name two people who have collectively had a stronger impact on the gay-sports movement than Pat Griffin and Helen Carroll. These two pioneers have been working toward equality for the better part of 30 years. They’ve visited high schools. They’ve talked to colleges. They’ve waged legal campaigns. They’ve educated educators. And with more incredible work in 2011, our readers have named these two women our ‘Persons of the Year.’”

Outsports readers were asked to vote on the finalists, who, in addition to Carroll and Griffin, were: high school bloggers, sports teams that participated in the “It Gets Better” project, Golden State Warriors President Rick Welts and the Golden State Warriors, New York Rangers player Sean Avery, and out professional soccer player Anton Hysen.

Carroll and Griffin won by 53 percent of the vote, “a testament to their work in what has been dubbed the ‘gayest year in sports.’ ” High School bloggers and “It Gets Better” teams tied for second with 11 percent each. Welts and the Golden State Warriors earned 10 percent. Avery received 9 percent of the vote, and Hysen got 7 percent.

Prior to joining NCLR in 2001, Carroll had earned respect in the sports world as an acclaimed national championship basketball coach for the University of North Carolina-Asheville and had been a National Collegiate Athletic Association (NCAA) Athletic Director for 12 years. She now devotes all her efforts to fighting homophobia, biphobia and transphobia in sports by directing NCLR’s Sports Project, where she works closely with major national sports organizations including the San Francisco 49ers and the NCAA.

In 2011, Griffin launched GLSEN’s sports project, Changing the Game, which is providing resources and training to end homophobia, biphobia and transphobia in kindergarten-12th grade school-based sports programs. Prior to Changing the Game, Griffin was the Director of It Takes A Team Education Campaign for Lesbian, Gay, Bisexual, Transgender Issues in Sport, an initiative of the Women’s Sports Foundation.

Together Carroll and Griffin published “On the Team: Equal Opportunity for Transgender Student Athletes” that has become the NCAA’s de facto policy on trans-athlete participation.

Read more about the honor.