You are here: Home » Red White and Blue is for ALL as LGBT Americans prepare Marriage Rally Signs for SCOTUS

Further to our post yesterday, (http://oblogdeeoblogda.me/2013/03/16/rallies-across-the-united-states-for-marriage-equality/)  about the LGBT community and supporters converging on D.C. to attend the events surrounding  the SCOTUS opening arguments for marriage equality in the DOMA and Prop 8 cases, and the 150 nationwide events, to rally in support of marriage equality and full equality for gay, lesbian, bisexual and transgender Americans, we are now posting this note about colors and signs:

NOM, The National Organization for Marriage,  has planned a counter action against LGBTI marriage equality, by sponsoring a rally, concert and busing in people from all over the country (especially the South) for free to D.C.. 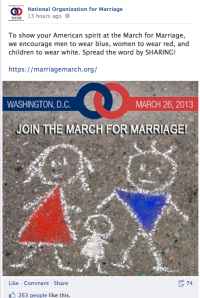 While LGBT groups and the Coalition United for Marriage – Light the Way to Justice  has called for EVERYONE to wear red, yesterday NOM, the anti- equality group, placed an image on its Facebook page calling for all their female supporters to wear red,  their male supporters to wear blue and the children to wear white (SEE  right pic).    It seems to me that not only are NOM confused by their patriotism, “Freedom and Equality for All,” but they may well be confused as to their gender identity – while we are not – we need only UNITY – our all embracing message os freedom and love- depicted by one unifying color and that color is red; while our red, white and blue posters will yell our patriotism: ” MARRIAGE IS A CONSTITUTIONAL RIGHT” – “THE COUNTRY IS READ- ITS TIME FOR MARRIAGE EQUALITY” -“MARRIAGE: FREEDOM MEANS FREEDOM FOR EVERYONE”. 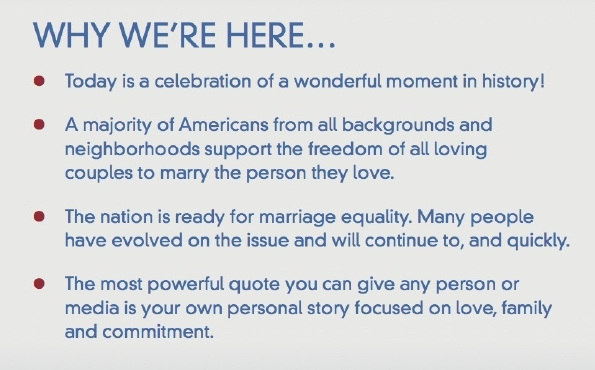 THIS IS THE MARRIAGE EQUALITY MESSAGE:

SPREAD THIS AROUND AND USE #Time4Marriage #LGBT 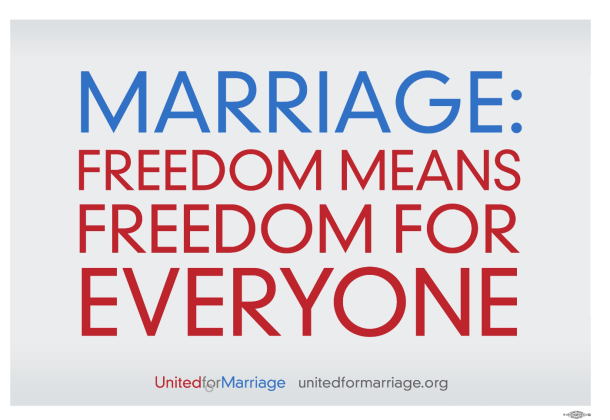 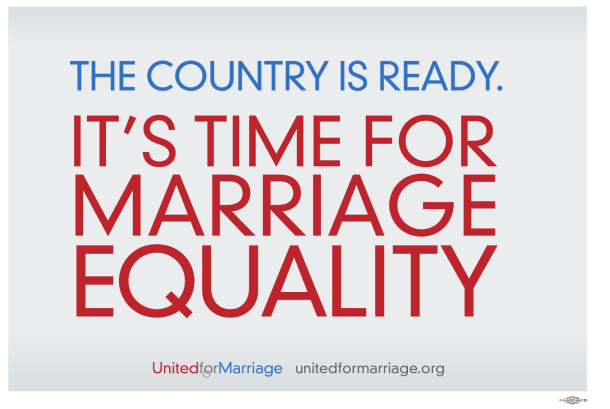