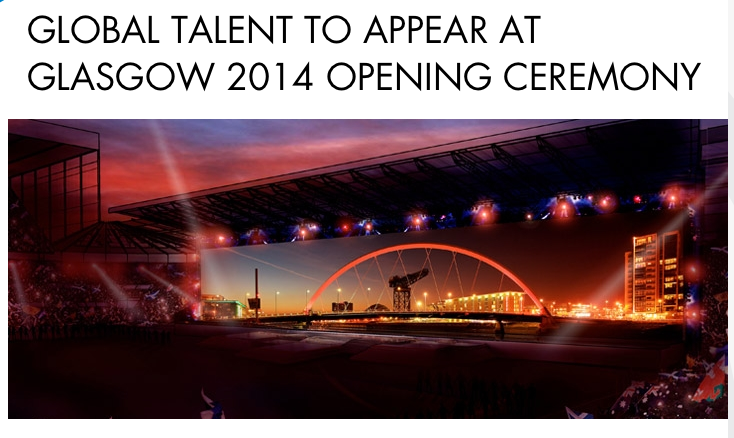 When it was the colonial power in the nineteenth century, Britain imposed most of the existing anti-gay laws on its Colonies.  Homosexuality was not illegal in these countries prior to British colonization.

A rally will take place this week, against anti-LGBT persecution in the Commonwealth, with activists urging David Cameron to speak out out against Commonwealth homophobia, urging enforcement of Article 7 of the Commonwealth Games constitution.

The Protest at 10 Downing Street – see details below urges:

2. Glasgow 2014 organizers to make a statement of equality and inclusivity – including a specific welcome and support for LGBTI athletes, officials and spectators;

3. LGBTI athletes to come out – if it is safe for them to do so; and

4. The UK to grant asylum to LGBTI athletes and officials who have a well-founded fear of persecution if they return to their home countries;

42 of the 53 member countries of the Commonwealth criminalize homosexuality, with penalties up to life imprisonment in at least seven member states – plus the death penalty in parts of northern Nigeria and rural Pakistan, and a plan to introduce death by stoning in Brunei.

Edwin Sesange, coordinator of the African LGBTI Out and Proud Diamond Group, said:

“The Commonwealth Games is a major international sporting event and a great opportunity for the Prime Minister speak out against anti-LGBTI persecution by 80% of Commonwealth member states. We want him to press the Glasgow 2014 organisers to make equality a key theme of the games. This would be a unique, pioneering achievement; setting a high standard for future games organisers to follow.

The UK government prides itself on the progress it has made with gay rights. David Cameron vowed to help defend LGBTI rights around the world. His promises have not, however, been backed with sufficient action. This is his chance to make amends.

Far from moving towards equality, we have seen many Commonwealth countries witch-hunt their LGBTI citizens and introduce even tougher anti-gay laws in countries like Uganda, Brunei and Nigeria.

Britain has been part of the problem. Therefore it should be part of the solution by challenging homophobia and transphobia in the Commonwealth. David Cameron should show leadership by taking a stand against the victimisation of LGBTI people,” said Mr Sesange.

Given the extreme homophobia and transphobia in most Commonwealth countries, it is very unlikely that most national selection committees would allow a lesbian, gay, bisexual, transgender or inter-sex (LGBTI) athlete to compete at Glasgow. David Cameron can help by making clear that such discrimination is incompatible with Commonwealth Games values and regulations.

We want the Prime Minister to give a lead and set a positive tone by publicly declaring that anti-LGBT persecution is a violation of the Commonwealth Charter and that LGBTI athletes will be welcome in Glasgow. We are asking him to state his support for Article 7 and to make it clear that no country should be permitted to discriminate with regard to who they select for the up-coming games,” said Mr Tatchell

Rally for LGBT rights in the Commonwealth. Organised by the African LGBTI Out and Proud Diamond Group, with the support of the Peter Tatchell Foundation and Rainbows Across Borders.

Grammy Award winning global superstar Rod Stewart is to perform at the Opening Ceremony of the Glasgow 2014 Commonwealth Games. http://www.glasgow2014.com/press-releases/global-talent-appear-glasgow-2014-opening-ceremony