On Saturday 6 October 2012 at the annual Johannesburg Pride march, the 1in9 campaign staged a now nationally infamous ‘disruption’ of the Pride ‘march’. LGBTi activists, many of them black lesbians, attempted to stop the march by blocking Jan Smuts Avenue near Rosebank, Johannesburg. The activists staged a ‘die-in’, symbolically representing the bodies of those murdered for their sexuality in South Africa, and several activists lay down in the road alongside life-size dolls. Other activists held large banners reading “No Cause for Celebration” and “Dying for Justice”, and called for one minute of silence in remembrance of the dead and those LGBTi people silently suffering human rights abuses in South Africa.

ender Action Project (GAP) condemns the actions of the Johannesburg Pride board members and Pride participants in their abuse of the 1in9 activists. The intimidation, violent assault and racist and classist slurs experienced by the 1in9 activists have brought the deep rift between LGBTi communities into the national spotlight. The racism, classism and sexism within the South African LGBTi community can no longer be denied, or glossed over by pink-washing epithets of gay “unity”.

GAP refutes claims that the 1in9 activists “hijacked” Johannesburg Pride. Pride was in fact already hijacked by white capital, pink consumerism and supposedly ‘apolitical’ elitism. The first Johannesburg Pride was begun in 1990 by black LGBTi activists, where Simon Nkoli told the gathered Pride participants: “I am black and I am gay. I cannot separate the two parts of me into secondary or primary struggles. In South Africa I am oppressed because I am a black man, and I am oppressed because I am gay. So when I fight for my freedom I must fight against both oppressions.” The current Johannesburg Pride has not only attempted to excise from history these political roots of the Johannesburg Pride, but also its black LGBTi founders. The Johannesburg Pride website, in its description of the history of Pride, focuses on the monetary and economic value of LGBTi people as DINKS (Double Income, No Kids). The LGBTi community (or “gay market”) is reduced to little more than a capitalist financial descriptor in a country plagued by so-called “corrective rape” and the murder of black LGBTi people.

GAP would like to draw attention to the fact that, while Johannesburg Pride commodifies the LGBTi experience, the National House of Traditional Leaders has actively lobbied for gay rights to be removed from the South African Constitution. While Johannesburg Pride courts sponsors and the “pink rand” Patekile Holomisa, chairman of the Constitutional Review Committee, is on record for spouting anti-gay rhetoric.

While the Johannesburg Pride board and many of Pride’s participants may be substantively shielded from violent hate crimes as a result of their geography, class and race, most LGBTi South Africans live everyday in fear of assault, rape and murder. Johannesburg Pride’s privilege was highlighted by a board member’s on radio explanation that so-called “corrective rape” was not on Saturday’s agenda because it was the ‘theme’ of Pride 2011. In the largely racialised class system of South Africa black township-living LGBTi people are on the frontline of multi-layered and often brutal oppression and discrimination as a result of their race, class, geography, and sexual orientation. Johannesburg Pride’s relegation of hate crimes against black LGBTi people to a once-off ‘theme’ is offensively ignorant and denies the daily and continuous struggle of members of our LGBTi communities. It highlights a devastating disregard for the silent terror and brutalization experienced by many black LGBTi South Africans every day.

This week Johannesburg Board members consistently shifted responsibility for activism and gay rights campaigning to the already overstretched and overburdened NGO and activism sector. And, when criticised for its failure to reach out to other South African LGBTi communities, Johannesburg Pride board members told media that it “provides financial assistance to Soweto Pride” and “busses people in from the townships”. This response illustrates a patriarchal and patronising attitude towards black LGBTi communities, as Johannesburg Pride uses philanthropy to mask its disinterest in truly engaging with diverse LGBTi communities, especially those township-living.

On 8 October, during an interview on 702/CapeTalk radio with host Eusebius McKaiser, board member Thami Kotlolo – the only black man of 8 Johannesburg Pride board members was still not listed on the Joburg Pride website at the time of writing – said that the Johannesburg Pride board was “not mandated” to do activism, but that the board was “open” to suggestions from activists and non-government organisations in this regard. This response illustrates an incredible ignorance with regards to the economic and social barriers that prevent many LGBTi communities from accessing platforms like Johannesburg Pride.

Considering the very real and constant threat to LGBTi rights and lives in South Africa, how could Johannesburg Pride conscionably argue they are not “mandated” to do activism? Gay rights activism is important in any Pride, but in a country where Parliamentary figures not only don’t protect LGBTi lives from violence, but advocate that LGBTi people be stripped of their constitutional rights, gay rights activism is crucial. It is a prerequisite. It is non-negotiable.

GAP supports the attempt by 1in9 activists to “reclaim” Pride as a political space to march for the rights of all LGBTi communities. We especially support and stand in solidarity with those black LGBTi communities who are on the frontlines of the war against gay rights and gay right to life.

GAP calls on Johannesburg Pride to:

– Engage with the heterogeneous experiences of the LGBTi community, not only by creating a space for this crucial cross-racial/class dialogue, but by actively seeking out voices and experiences from oppressed black and township-living LGBTi communities.

– Facilitate the election of community LGBTi representatives, who would participate in board meetings and the advocacy role of Pride as a gay rights campaign.

– Remember those who have lost their lives in the fight for equality by commemorating them, by name, at every annual Pride.

Additionally, GAP calls on those Johannesburg Pride board members who intimidated and/or assaulted 1in9 activists to resign, and thus make room for new, politically conscious board members.

And finally, GAP calls on the 1in9 campaign to continue with its civil disobedience campaign.
Aluta continua. 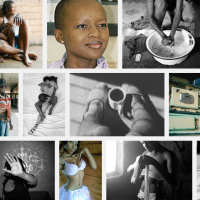 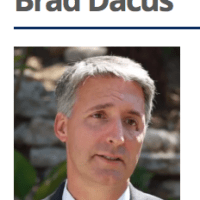