When it comes to LGBT Asylum and support against the Anti-homosexuality Bill, the UK is all talk and no real action.  While the United Kingdom’s government  purports to support LGBT asylees, in truth they fail them, certainly when it comes to the Home Office and the consideration that ought to be given to asyless from all over the world, especially Africa and more especially, Uganda.  The system just does not work and massive changes must happen especially in the face of the Kill the Gays Bill which will be in Uganda’s parliament next week for a vote. What follows is a case reported on Gay Star News and the treatment of asylum seeker, Asuman Kabugo, which is not unusual to that of many gays and lesbians who have sought asylum before him.

A gay Ugandan activist fears he could face the death penalty if he is deported back to his country where a controversial ‘Kill the Gays’ bill is likely to be passed.

Asuman Kabugo, a member of Movement for Justice, was detained having been refused asylum in the UK.

The United Kingdom Border Agency has claimed that Kabugo has not proven his sexuality to them, or that his life would be in danger should he return to Uganda.

Kabugo, who is gay, has spoken at length about the struggles of the LGBT community in Uganda and has claimed to be a victim of torture.

A protest is being planned today (23 November) in central London by Movement for Justice against Kabugo’s deportation and Uganda’s ‘Kill the Gays’ bill.

At 2PM, demonstrators will rally outside the Uganda House, and will then march on the Home Office.

A spokesperson for Movement for Justice told Gay Star News: ‘[Asuman Kabugo] has submitted medical evidence of torture he suffered in Uganda, and he has many witnesses and evidence.

‘His life will be in danger should he be forced back to Uganda.  Read more of this article at CLICK HERE 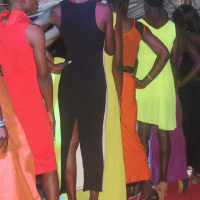