Claiming the streets in protest for justice 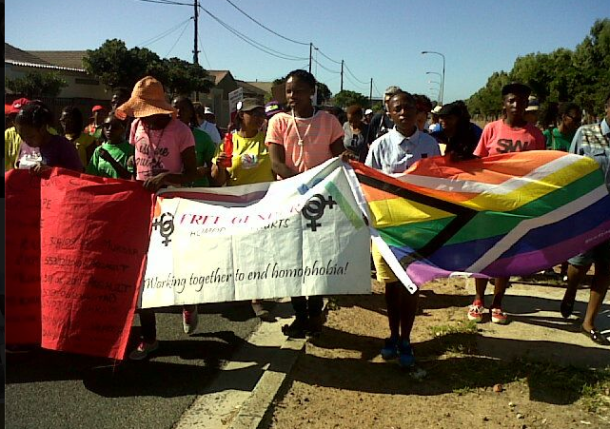 Today a large group of lesbians, carrying signs and the South African gay flag,  from a variety of Townships around the Cape Town area, took to the streets singing and chanting for justice to draw attention to the issue of corrective rape and the tardiness of the system in bringing perpetrators to justice.

They walked  from Luzuko township, Symphony Way to Gugulethu Police Station to hand over  a memorandum demanding justice. In particular they were calling for more action find a rapist fugitive, who had been released on a low amount of bail, before he could be sentenced in a brutal rape case, where he was caught in commission of the crime, attempting to strangle his victim with barbed wire. See March planned to hunt rapist Andile Ngocza wanted for ‘corrective’ rape of lesbian 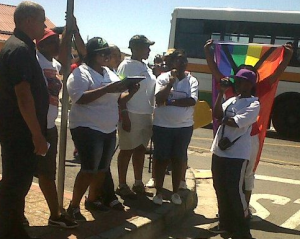 Andile Ngcoza, the accused is roaming free, while his victim Milicent Gaika, who also walked with the marchers, had been threatened by the perpetrator while he was free on bail. At the time the police did very little to ensure her security.  It was after an international outcry, local protests and petitions relating to the numerous  rapes and murders of lesbians in the country’s townships that the South African g0vernment formed a task team to pursue reforms relating to the issue. However there have been no reports of reforms having been accomplished since the team was formed in March 2011.

Now the women are determined to continue their battle to bring an end to the endemic incidence of so called “corrective rape” against lesbians in the townships. With regard to the rapist Andile Ngcoza, Funeka Soldaat, head of the FreeGender advocacy organization, which houses and cares for victims of such rape, noted before the march:  “We believe that if they (the police) were serious they would have arrested this person longtime ago,” this being a reflection of the attitude of police when it comes to cases involving lesbians. However after the march she told me that: “The memorandum was accepted by a the station’s Captain. They are happy that when we are not satisfied by their service, we show it, and he said that they will respond to the memorandum after 7days.” 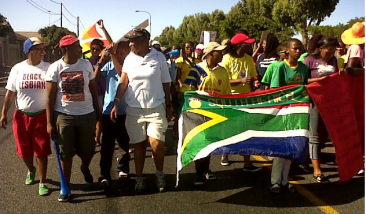 The marchers started their walk at the early dawn time of 7 am and walked an estimated to be 5km to deliver their message and call for action.  The five hour walk for justice was to put pressure to police to arrest Andile Ngcoza and also a call for justice for all  the outstanding and neglected  cases in Nyanga cluster. They distributed “Wanted Dead or Alive” flyers asking community to assist in the efforts, providing this known information:-

NOTE:  Andile Ngcoza may be in Paarl outside Cape town but in same Province or TR section in SiteB Khayelitsha. 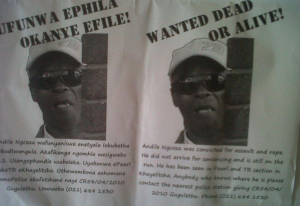 The march started just out side Khayelitsha, and continued from Luzuko, Phillipi East to Guguletu police station.

My original Article can be found here:  “This is the face of a warrior who despite all odds, trauma, and police victimization, found her way to Court today by public transportation, to testify against her brutal attacker, who remained free on bail …. http://oblogdeeoblogda.me/published/

NOTE IF ANYONE HAS SEEN WANTED RAPIST Andile Ngocza  or has information that can lead to his arrest, PLEASE CONTACT GUGULETHU POLICE 021 -684-1530 –

OR send an email to [email protected] and I will connect you to the right person or I will take the information and keep your identity confidential.

Photos: – Marcher carrying a Newspaper depicting Mandela and the famous film Invictus and on the same newspaper is the photo of victim Milicent Gaika, Marchers preparing fruit for their comrades. 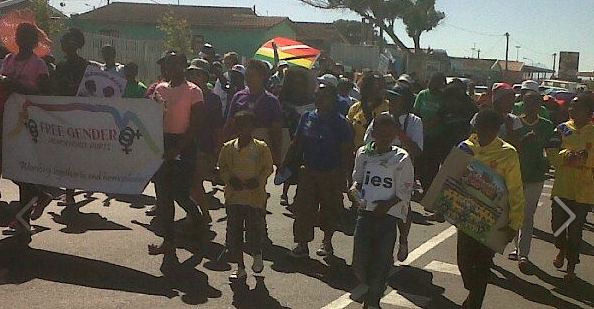 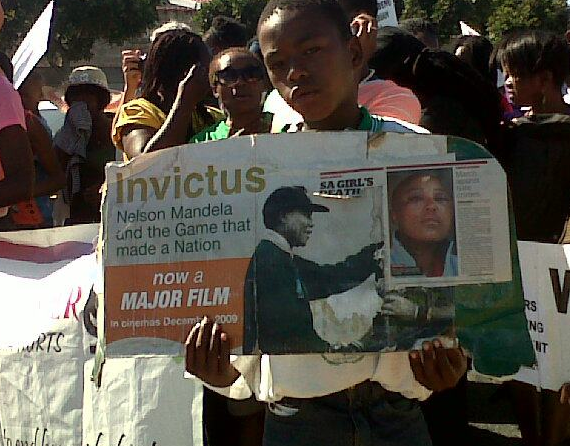 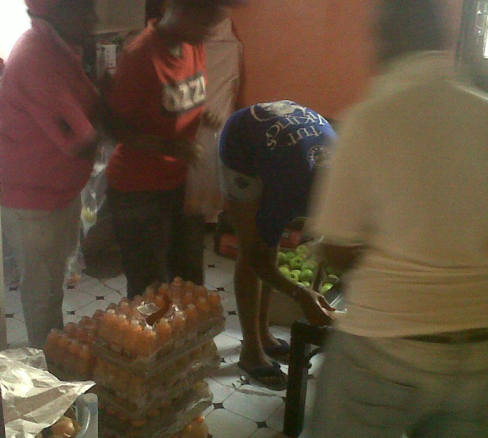