Sitting in the dock, shackled in chains, a murdering rapist awaits his fate.  By Melanie Nathan, July 31, 2015. Thabo Molefe, 47, has been sentenced to a concurrent 22 years for murder and 12 years for raping Lihle Sokhela, 28, a lesbian from Daveyton, Gauteng, South Africa. A large group of lesbians and supporters descended […]

By Melanie Nathan, July 22, 2015. After sloppy police work, as alleged by the organization IRANTI, the trial against Thabo Molefe, charged with the murder of Thembelihle Sokhela,  a lesbian from Daveyton, will finally be heard at the Pretoria High Court on Monday July 27. Lihle was a 28-year old lesbian from Daveyton,  murdered on […]

The Message is Clear: Get to know us before making laws against us. The Evangelical Network (TEN), an association of lesbian, gay, bisexual, transgender, and straight Christians held its annual conference this year in Indianapolis, culminating in a march and prayer vigil held at the steps of the Indiana Statehouse. LGBT and Straight evangelical Christians […]

Asking for Global participation through support by listening and cash donations for studio equipment | See Fundraiser at bottom By Melanie Nathan, June 24, 2015. In early 2015, a Nigerian journalist and broadcaster, Mike Daemon launched an LGBTI weekly podcast, taking on the form of traditional radio programing, The show NOSTRINGS, includes periodic interviews and […]

New Rules for Affordable Care Act Implementation Are an Opportunity to Eliminate LGBT Discrimination in Health Care Posted by Melanie Nathan, April 30, 2015. Washington, D.C. – The implementation of the Affordable Care Act is changing the health care landscape for millions of people, including for many lesbian, gay, bisexual, and transgender, or LGBT, Americans. However, […]

By African HRC, April 24, 2015. After years of persecution, Mari and Cara, a lesbian couple from Angola, whose real names have been withheld to protect family members in Africa, made their way to the Bay Area, San Francisco, where they were married on Friday April 17th. The couple, now applying for asylum in the […]

By Melanie Nathan, April 13, 2015. A famous Jamaican Reggae artist is begging for a visa so he can come back to the United States. Yes, America is a fine place to make money for recording and performing artists. But should we support hate with our U.S. dollars? As Americans  we should be standing behind […]

First openly gay president of Reform Judaism rabbi group to be installed By Melanie Nathan December 16, 2015. On Monday, Rabbi Denise Eger, 55, became the third woman and first openly lesbian (LGBT) president of the Central Conference of American Rabbis (CCAR), the rabbinical arm of the Reform Judaism movement, which is holding is 126th […]

LGBT Women Are Among Most at Risk of Poverty in America

Groundbreaking report from broad coalition examines poverty and economic vulnerability of LGBT women. Posted by Melanie Nathan, March 13, 2015 Washington, D.C. — According to a new report released by a broad coalition of research and advocacy organizations, lesbian, gay, bisexual, and transgender, or LGBT, women are among the most at risk of poverty in America. […]

The guise of so called “corrective” rape against lesbians are hate attacks by men who believe woman are there for their use! By Melanie Nathan, January 28, 2015. The trial of two men accused of raping a lesbian, to supposedly “correct” her sexual orientation commenced in the South African city of Port Elizabeth, Wednesday. The […]

“UK has been very supportive of the Uganda Gay rights movement and it will be an embarrassment that your office doesn’t live up to its expectations in protecting those that need the protection most from persecution..” Kasha Jacqueline Nabagesera. By Melanie Nathan, December 11, 2014. Despite appeals and petitions the United Kingdom’s Home Office informed […]

By Melanie Nathan, October 28, 2014. For years the United Kingdom has been turning down the asylum applications of gays and lesbians. Many, often on the verge of deportation, have launched appeals, causing much more work than necessary. Now a scathing  report  has been published about  the backlog for asylum seekers in the United Kingdom. […]

Watch Video of Protest | If you have the audacity to go to our Country to preach hate, we will show up in your country, as exiles and on your doorstep to remind you that exporting hate is not okay! By Melanie Nathan, Oct 11, 2014 St. Neots – A large group of Lesbian, Gay, […]

New surveys suggest that as many as 9.5 million adults in the US are LGBT | An estimated 124,000 same-sex couples are married and raising more than 30,000 children LOS ANGELES — Two new studies released by the Williams Institute at UCLA School of Law, review findings from four recent large, national, population-based surveys to […]

By Melanie Nathan, September 17, 2014. Distraught South African LGBTQI community is reporting another  murder of a lesbian, Thembelihle,  described by friends as a butch lesbian who lived at Sgodi Phola Section in Daveyton, a South African Township in the Ekurhuleni Metropolitan Municipality of Gauteng. Affectionately known as Lihle by her friends, she was last […]

By Melanie Nathan, September 17, 2014. Courageous Nigerian human rights defenders and the Nigerian LGBT community, in Nigeria and exile, anxiously await the outcome of Justice Abdu Kafarati ‘s ruling in the claim filed against the Federal Government in the Abuja High Court from earlier this year. The ruling will be handed down on September […]

By Melanie Nathan, August 18, 2014. According to sources in South Africa and media reports another South African woman has been raped and brutally murdered in what appears to be another lesbian “corrective” rape, torture and murder. The half naked body of Gift Disebo Makau was discovered in the Tshing Township, in Ventersdorp, in the […]

Betrayed by Obama – Museveni in OUR White House

BY MELANIE NATHAN, AUGUST 05, 2014.   BETRAYAL BY PRESIDENT OBAMA AND THE FIRST LADY! My Message to President Obama:  WTF!……. PRESIDENT Obama – I have been a huge supporter of yours. Where are your principles?  – You and the First Lady have now welcomed this gay hating corrupt dictator into OUR White House! “On […]

The pink triangle parallel between Nazi Germany and Africa’s Anti-Gay climate By Melanie Nathan, July 31, 2014. For me this was a very special San Francisco pride. I had the great honor to be appointed by the San Francisco Pride Board as community grand marshal, in recognition of my global LGBT activism, especially for criminalized […]

Why is one of the nation’s most prominent Catholic archbishop scheduled to speak at a virulently anti-gay rally? By Melanie Nathan, June 11, 2014. Well when we protested his installation we knew he would hurt us and we were right! (See picture of Melanie at protest against his installation.) Perhaps he is drunk again – […] 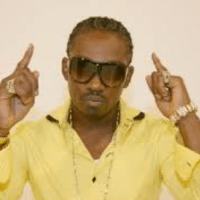 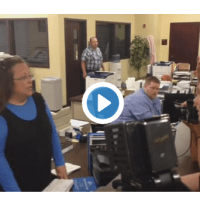