You are here: Home » Pussy Riot members arrested in Sochi for “theft” 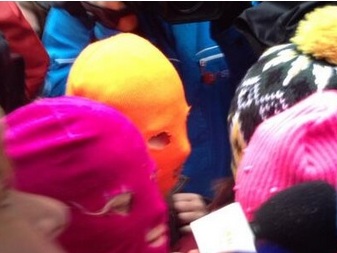 Pussy Riot members, Nadezhda Tolokonnikova and Maria Alyokhina, fresh off their recent media tour with Amnesty International, have been arrested in Sochi, Russia on “theft” of a woman’s handbag.

Tolokonnikova told The Guardian: “We were just walking around Sochi when they grabbed us.They told us we are suspected of theft. Of course there has been no theft.”

The Guardian also reports that upon release from the police station the “five women including Tolokonnikova and Alyokhina pulled on brightly coloured balaclavas and ran down the steps, singing: ‘Putin will teach you to love the motherland’.“

The women have been followed since their arrival in Sochi Sunday. This high profile arrest is no doubt the best advertisement they never paid for. We look forward to their performance!

Richard Engel of NBC has the full pictorial story on their arrest: 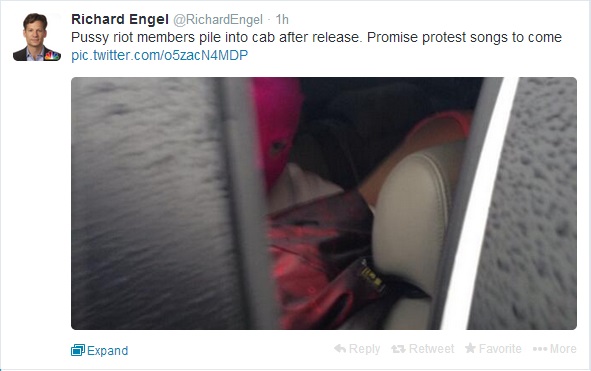 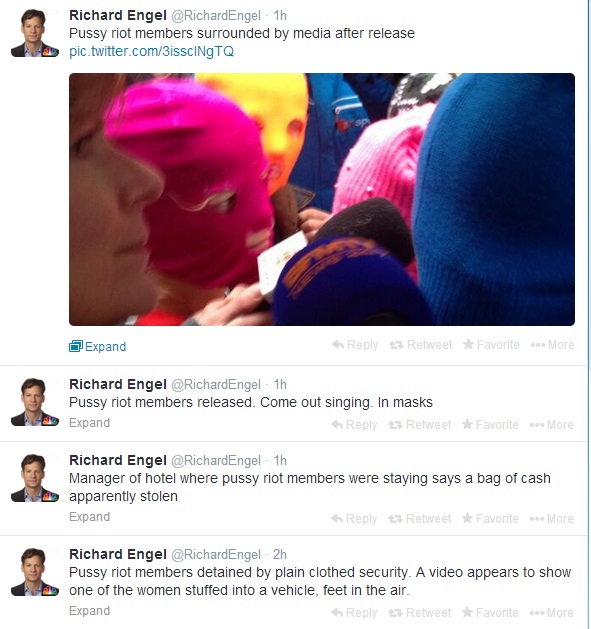 One Comment on “Pussy Riot members arrested in Sochi for “theft””