Five men detained without cause 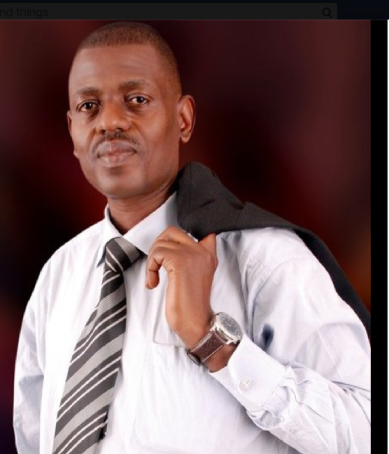 Samuel K Ganafa, The Executive Director of Spectrum Uganda Initiatives and Board Chairperson of Sexual Minorities Uganda (SMUG), was arrested on Tuesday November 12, 2013.  He had reported to Kasangati Police Station on the outskirts of Kampala pursuant to a phone call from the District Police Commander Chemonges Seiko asking him to report to the said station.

Upon reporting to the station he was immediately handcuffed by a police officer. Without show a warrant of arrest he was forced onto a police pickup truck and taken twice to his residence, which was searched. The search was conducted without a search warrant. During the unwarranted search three house-guests of Mr. Ganafa, namely Joseph Kayizi, Kasali Brian and Michael Katongole were also arrested and taken to the police for questioning as well. His nephew Brian Kasirye who had rushed to the police station to check on him was also detained.

There seems to be no just cause for these detentions.

Later the police subjected Mr. Ganafa to an HIV test without a court order or his consent.

Yesterday Wednesday 13th November, we received news that a one Disan Twesiga was the complainant. Disan alleges that Sam infected him with HIV and that there is more information in Mr. Ganafa’s reading room prompting another search of the residence. The police took him along for all the three times they searched.

As of today November 14th the complainant Disan Twesiga has held a press conference with all media houses at Kasangati Police Station. The police paraded Mr. Ganafa before the media during a press conference. This is despite the fact that he has not been found guilty by a court and is thus presumed innocent under the law. By close of business today, all the five suspects remain in custody without being officially charged and without being brought before court despite the expiry of the constitutionally warranted 48 hours.

Sexual Minorities Uganda (SMUG), Spectrum Uganda, Civil society coalition on Human Rights and Constitutional Law are closely following the case, and have instructed lawyers to represent all the accused.  An application for the release of the detainees has been filed and is pending hearing as there was no Magistrate to hear it today.

Sexual Minorities Uganda, Spectrum Uganda Initiatives and Civil Society Coalition on Human Rights and Constitutional Law strongly condemn the manner in which Mr. Ganafa was arrested and the manner in which the searches were conducted, his humiliating display before the press, as well as the violation of the 48 hour rule for producing a suspect before court.

SMUG has also called upon the Ugandan Police to release Mr. Ganafa and the four other arrested persons or immediately produce them before a court of law, and we urge them to respect the basic rights of the suspects.

According to SMUG “It is worth noting that this is not an isolated case, but it is one of a series of documented arrests targeted against the Lesbian Gay Bisexual Transgender and Intersex (LGBTI) persons in Uganda. We therefore call upon the police to STOP the continued intimidation of the entire LGBTI community and the legal representatives of the detained persons.”

Sam Ganafa was produced in court today at Kasanganti magistrates court. However the magistrate who heard his case didn’t have jurisdiction to try a case of this nature. He adjourned the matter to be heard by the Chief magistrates court in Nabweru on Monday 18th November 2013. Sam was therefore remanded to Kasangati prison until then.
The other three, who were picked up from Sam’s residence were not produced in court, and police refused to release them despite lawyers presenting an application for unconditional release of the suspects.
This is despite the fact that they have been in custody for about 4 days. The magistrate at Kasangati declined to preside over their release although in this case, he had jurisdiction to hear the case. It seems he was acting on police orders.
There are concerns as the three suspects have reported that they are being forced to make statements to implicate Ganafa.
There are also concerns that they maybe forced to take HIV/AIDS tests.
Sam and the other three suspects are facing Sodomy charges under section 145 of the penal code act. If found of guilty, the suspects will be liable to life imprisonment.
The fourth suspect, who is Sam’s Nephew pleaded guilty to assault. His case is different from the rest of the suspects.
MELANIE’S COMMENT:

This is outrageous. From what i have heard the so called accused is inconsistent. Sam’s rights have been violated. It is an outrage that he has yet to receive a bail hearing, that the charges have yet been put forth for Press, that there were searches without warrants and other basic human rights infractions. I believe – and I may be wrong – that this is political – to try and trump up interest again in the Kill the Gays Bill from within Uganda. To do that the proponents need a “bad guy” or should we say a “Bad gay.” I am not sure though that a big noise from the West will do much more than rile up the anti-gay forces from within. We are caught between a rock and a hard place.