The Most Poorly Timed Social Media Post of All Time!

Coca-Cola is not only a sponsor of the Putin Sochi Games, in homophobic Russia, but has now had the audacity to post ad on Facbook using an equality, love and happiness themed song.

The LGBT community around the world is outraged by the disingenuous response of Coca-Cola to Sochi and is screaming its comments as well as creating viral versions of the ad on social media, including Facebook.

It seems, however, that COKE does not have the stomach for the criticism and so is systematically deleting LGBT and ally community comments from its pages.

Here are some Screen shots of what we have seen:

First, here is Coke’s initiating Status Post which accompanies its video – You will note they have the audacity to link themselves to love and equality and happiness while sponsoring and supporting the Anti-gay SOCHI GAMES:- 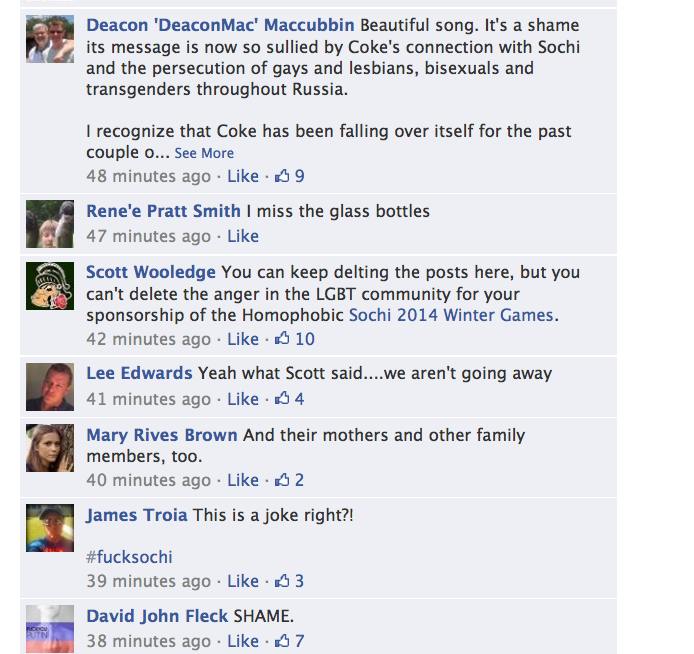 AND there are those who believe that COKE had nurtured anti-gay- media -whore- homophobe -Jerry Falwell- arse-licker, Anita Bryant who waged war on the Gays in her attempt to get educators booted out of their jobs and much more…. and History repeats, as albeit she did the Coke ad before her anti-gay tirade, evolving to Florida oranges, her name continues to be associated with Coke from that era – you would think that Coke would steer clear by not supporting the anti-gays – with false smelling roses like Anita!

AND THEN THE COUNTER AD which has gone viral  and can be seen below has been posted to the Facebook page of Coke by many including Signorile:

AND David Conner who points out that we know Coke is deleting our comments: Shame Coke – dont have the guts for this?

AND the wonderful array of creative meme’s 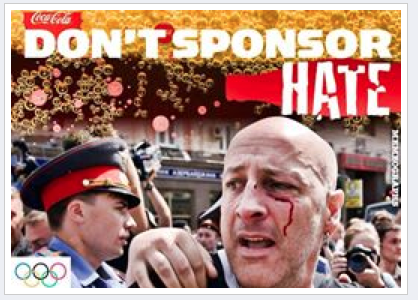 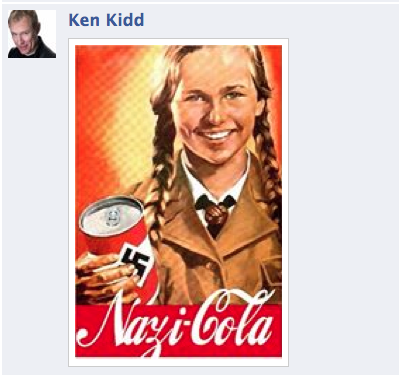 AND if you would like to join the protest please indulge with your support at: https://www.facebook.com/cocacola 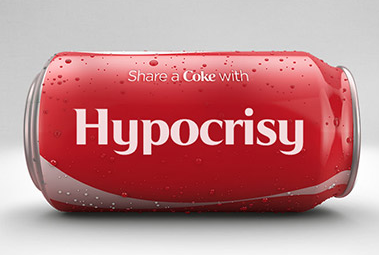 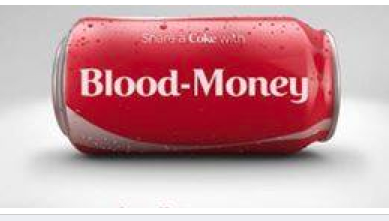