You are here: Home » Commonwealth Secretary-General on Protection of Dignity for Gays

Commonwealth Secretary-General on Protection of Dignity for Gays

AS critical to promoting equitable, peaceful and prosperous societies in which we all wish to live: “The people of the Commonwealth are committed to equality and human rights for all…” 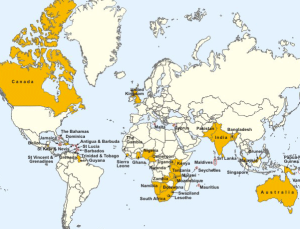 In the wake of the rising terror now facing LGBT people in Commonwealth countries, where old draconian penal codes are being replaced with even harsher anti-gay laws, here is a Statement issued by the Commonwealth Secretary-General Kamalesh Sharma, renewing his call for “Commonwealth values to be upheld.” This follows recent developments in a number of Commonwealth member states affecting the rights of citizens based on their sexual orientation.

“In the Commonwealth Charter, the people of the Commonwealth are committed to equality and human rights for all, without discrimination on any grounds as the foundations for peaceful, just and stable societies.

“With regard to discrimination on the grounds of sexual orientation, the responsibility for mutually respectful and constructive national debate is one to be shared by all parties, including parliaments, national human rights institutions and human rights defenders. Judiciaries continue to have a vital role in interpreting and applying national constitutional provisions, and consonance of national laws with international obligations.

“The Commonwealth Secretariat continues to offer its services to assist in progress that advances our shared values at the pan-Commonwealth and national levels.”