URGENTLY Calling on HRC, NCLR, Get EQUAL and Other U.S.A. Organizations to Start Preparing Now to Form a Coalition to Rally for Nigeria 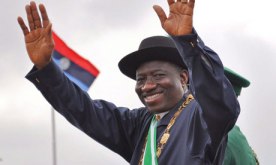 Nigeria’s LGBT community, through The Solitary Alliance, is calling on the world to help protest against the anti-gay law that has caused major persecution and mob injustice against gays and lesbians in Nigeria. I wrote to all our USA group back on January 13 asking for noise and 2 groups out of the 8 responded saying that they were waiting to hear from Nigeria’s LGBT community first, I think in the case of Nigeria that was a big mistake and one that could also hurt Ugandan gays – which is waiting to see if Museveni will sign his assent to its pending Anti-gay Bill.

Now the Nigerian LGBT community, is begging for help and asking for a Global Day of Solidarity to be held on March 07. Is out American LGBT community responding? It would seem not – read on…

The harsh anti-gay law was signed surreptitiously by Nigerian President Goodluck Jonathan. Though it may be too late, the Alliance is hoping that with enough pressure the law could be repealed.

Michael Ighodaro, an advocate for LGBT people noted: “Aside from the fact that sections of this law are in direct violation of our fundamental human rights – freedom of expression and assembly, freedom to have a private and family life – and set back the provision of healthcare services, they effectively signify that it is open season to attack the LGBT (Lesbian, Gay, Bisexual and Transgender) community.”

Since the signing of this law, a number of people have been arrested and as recently as today, mob justice has been used to further the goals of the Government, causing extreme persecution of the LGBT community. The LGBT community, as well as their friends and family, are living in fear against state-sanctioned violence.

The Solitary Alliance, Nigeria now calls on the rest of the world to join in a Global Day of Action on March 7 to stand against homophobia and the violation of human rights.

Ighodaro added: “The world has been silent on the passage of the bill, the silence is like saying Nigeria gays are not as important as gays in Uganda or Russia,’

However many U.S.A. organizations, who I personally contacted and asked to take immediate action have to date remained silent and 2 such groups declared to me that they have been waiting to hear from the Nigerian activists, first:

This is what I wrote back on January 13 in a letter to these U.S.A. organizations which have the most amount of membership and fundings:

“……I am reaching out to HRC, Immigration Equality, Get EQUAL, Queer Nation, NCLR , ORAM, Task Force and others to organize their membership behind this asap.  Rallies at consuls are number one. Petitions and statements will not cut it. It needs ot be more visual and it needs to be angry.  I however have a sense that the usual handful of grassroots activists will be the ones doing the work. I hope not. I hope to see an organized and cohesive effort by all groups to come out loudly on this.

No more footsie. Africa needs us!

It seems that the Nigerian President was afraid of a huge international outcry prior to signing the Bill, yet how he could think it would never make the news defies logic.  Now that the story is out, it is absolutely incumbent upon us here in the United States to do two things, firstly to vehemently protest Nigeria and this horrific law, including a call for boycotts and sanctions and secondly to stand by our LGBTI family in Nigeria by providing support for safe-housing and asylum in the West.

ALSO – Re Uganda: It is critical that we make a LOT of Noise NOW vs Nigeria so Museveni sees that the world will not be happy if he assents to the BILL.  http://oblogdeeoblogda.me/2014/01/13/shock-amongst-gays-in-nigeria-as-president-signs-jail-the-gays-law/ “

Well here is it HRC, Task Force, NCLR, GetEQUAL, Oram, Immigration Equality et al – the Nigerian activists ARE asking for us to voice our disapproval and to do it loudly. What are you doing about it?

It would seem that the USA organizations have failed to note that the Nigerian LGBT representation is extremely repressed and living in dire fear and that they may not be as vocal as the Ugandan groups due to lack of funding, lack of publicity and critical organization when compared to the Ugandan LGBT activists. Not to mention the very act of an LGBT person asking for international help would be seen as an admission of homosexuality which could lead to arrest or mob rule violence for whomever was so foolish to reach out! So to expect them to respond as diligently and as well organized as the Ugandans have done to their anti-gay law, is a serious hiccup in our understanding.

“That’s why we are calling on everyone to come out on (March 7) to show solidarity to Nigeria’s LGBT community, to show that the world has not neglected us.” noted Ighodaro. 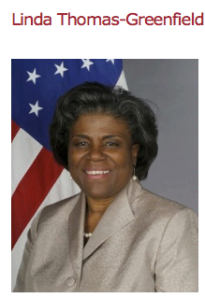 The US Assistant Secretary of State for African Affairs, Ambassador Linda Thomas-Greenfield, during a live-web interaction with journalists, explained that the USA  was concerned about discrimination against anyone on the basis of sexual orientation.

“US is opposed to the legislation targeted against gay people and we will continue to press forward to see that it is changed so that those group of people will have the freedom to exercise their rights. We are of the view that criminalization against anybody on the basis of their sexual orientation and affiliation is wrong and contradicts human rights law. Nigeria is quick and has gone far in signing the bill into law. We will continue to press the Nigerian government and the legislators to change the anti-gay law.”

However not a whole lot of accounting for seems to be happening when it comes to gays of Nigeria. They have been forgotten and our USA organizations are doing nothing to help.  It is our hope here at OBLOGDEE that the U.S. organizations and the Assistant Secretary will do much much more than pay lip service to this problem.  The entire world must face the problem with vigorous protests and show up for the day of protest on March 07, in a big way.  Simply saying it is a day opf protest is not productive – do something. Over to you the reader to call HRC and others to ask where the hell they are going to be on March 07!!!
Thanks… [email protected]